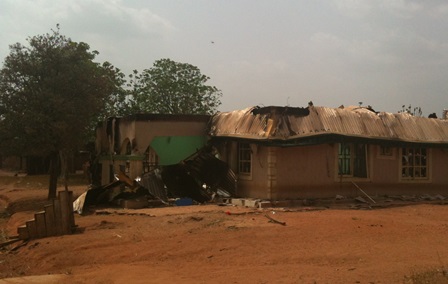 The aftermath of an attack, which claimed hundreds of lives, in the central Nigerian state of Benue, Feb. 2016.World Watch Monitor

In the rural village of Agatu, in north central Nigeria, someone had successfully installed a solar panel in his home before the arsonists lit their fires. It was late February when suspected Muslim Fulani herdsmen razed scores of villages in central Nigeria’s most Christian state. The contrast between one community modestly reaching for modern advancement, and another relying on medieval practices, could not be sharper.

The northern Fulani tribe herds their cattle, traversing the length of a country the size of Texas, as their fathers have done for centuries – on foot. The only discernible change in this age-long practice is that many have traded their nomadic staffs for AK47s. As vectors of a jihad two centuries ago that shaped contemporary Islam in Nigeria, it is uncertain if the automatic rifles are for tending cows or a necessary jihadi upgrade.

The Idoma people of Agatu till the land, as did their forbears for aeons. But schools have dotted the landscape, clinics and churches too, as they have embraced Christianity and Western education, turning away centuries before from Fulani Islamic jihad. Huts have turned to houses, and far more young people drift to cities to live and work than remain at home to farm.

Yet Benue state in Nigeria’s middle belt, where Agatu is located, is the nation’s undisputed “Food Basket.” It provides food to both the north and the more educationally advanced south. But now it is the latest battleground in what former US ambassador John Campbell termed a looming “religious war”, and a situation the US Commission for international Religious Freedom warned had claimed as many lives as Boko Haram terrorists had killed in one period under review.

The parallels with Boko Haram – the world’s deadliest terror group – go further. Like Boko Haram, the Fulani are Muslim. Similarly, their victims are overwhelmingly Christians and non-Muslims. They cry “Allahu Akbar” (Allah is the greatest) during their attacks, and they leave atrocities in their wake.

During a tour of the region by journalists and humanitarian agencies following the February violence, Benue state govenor Samuel Ortom said the impact of the herdsmen’s attack was probably “worse than Boko Haram” in the northeast. “When Boko Haram captures a town, they kill some people, recruit some people and occupy the town. But the herdsmen spare no-one. My own house was burnt. Kids haven’t been to school in two years.”

A tour of Benue’s state capital, Makurdi, shows exactly that – churches, homes, clinics destroyed from Fulani attacks in 2014. The Makurdi local-government chairman said a few students still congregate in a burnt-out school building, but most moved away to a neighbouring hamlet that doesn’t have a school. 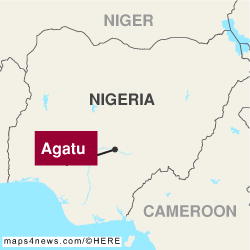 It was the same for the Guma local-government chairman. During a damage assessment, he was shocked to learn from religious leaders that they had lost 70 churches, as the Catholic Church reported in the news in 2014. The Secretary to the Catholic Bishop of Makurdi Diocese, Moses Mbachie, was quoted as saying then that “more than 70 churches” had been destroyed, and he described the situation as “very sad.”

These figures describe a humanitarian crisis akin to Boko Haram’s insurgency in the northeast. The striking hostility of the attackers toward churches, schools, homes and farms is another indication that the terror group and the nomads share similar methods and even a common ideology – except that the Fulani take no prisoners.

But here is how the nomads are different, and possibly more problematic. They are a tribe and not a terror group. This means they can’t simply be outlawed and treated as a terrorist organisation. This also means government response has been muted compared to its declared war on Boko Haram.

The Fulani attacks are also more brutal. Where Boko Haram would sort through victims to separate Muslims from Christians, women from men and children from adults, most often killing the latter and sparing the former, the nomads hack and burn babies, slash the bellies of pregnant women and generally leave a less methodical and more gruesome aftermath. Boko Haram seizes and occupies towns to administer them. The Fulani destroy communities and their cattle graze on the farms of those displaced or killed.

Similarly, the Fulani operate in plain sight. They have a public organisation, the Miyette Allah association, that routinely issues press statements rationalising their attacks and even filing lawsuits in court. Generally, the theme of their defense is that their cattle were rustled. Justifying the present Agatu massacre, they claim 10,000 cows were killed by the locals. Yet, members of the first assessment mission said they saw no dead cows at all, and no-one has been arrested for that crime. Boko Haram, by contrast, remains a non-juridical entity, does not have a public presence, and does not participate in litigation.

Nor does Boko Haram have the free reign that the Fulani have to travel all over Nigeria, and across West Africa. The herdsmen are found in several African countries, including some of those to which the Boko Haram insurgency has spread, and are able to move freely across national borders with their cattle and arms.

A week after the recent attacks began, on 29 February, President Muhammadu Buhari ordered an investigation. On 17 March, the Nigerian Christian Elders Forum, a subset of the Christian Association of Nigeria, said Buhari’s actions were not living up to his words.

On the same day, Members of the Benue parliamentary caucus in the House of Representatives issued a blunt statement: “We decry the lukewarm attitude of the Federal government towards this ‘jihad’ being waged against our people by the herdsmen.” The 11 lawmakers accused President Buhari of downplaying what they characterised as “a genocide that, typical of the Nigerian state, has been downplayed or ignored until it spirals out of control. After the Agatu mass massacre, a few headlines were recorded, a few sympathetic comments in high places but concrete moves to stop the killings have not been made.”

Available data show there have been 10 Fulani herdsmen attacks in Benue state alone, an average of almost one a month, since Buhari took office in March 2015. This has also been a consistent average for the last three years, including during the previous administration. (There have been 40 documented attacks in 35 months.)

Note: “LGA” is the acronym for Local Government Area, a subdivision of Nigerian state government.

Adapted from Minority Report, then updated