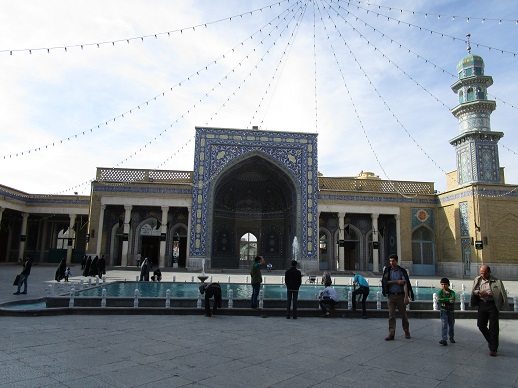 In Iran, converting from Islam to Christianity can land you in prison or even get you killed. However, many Iranians – considered “Muslims” regardless of personal beliefs – still “convert”. World Watch Monitor spoke to one such “convert”, a 27-year-old now living in Europe, about the challenges he faced along the way, and why he left Iran.

“[My family] were Muslims, but never very strict. We had a good life; my parents were both teachers and my father had some small businesses aside from that. My father was always busy finding ways to earn more and more money. He always followed Islam, except when it had to do with money; money was more important than religion.

“Like my dad, I also loved money. Money gives you friends, respect and fun. I just wanted to have fun growing up. Every night I spent time with my friends, going from place to place in the city; at the same time I genuinely tried to be a good Muslim. But it was hard. Sometimes I would try to say my prayers regularly, but I soon forgot about them or skipped them to sleep in, or have fun with friends. As a Muslim, I often had the feeling that I was failing on so many sides. Then I thought, ‘I’m lacking in so many ways. I will not go to heaven anyway. What is the point?’

“I was sent to a religious leader – trained especially to help Christian converts from a Muslim background return to Islam – by a friend who was worried about my sudden interest in Christianity.”

“I was surprised when one day I found myself having a strange thought: ‘Go and find out about Christianity’. I was startled. Why would I find out about Christianity? I didn’t know any Christians, and from what I’d heard, it was an old-fashioned religion and Christians were weird people. On top of that, it was dangerous. Why would I choose the chance of imprisonment and death above having fun?

“Time passed, but the thought didn’t go away. So one day I thought: ‘I’ll just do it. I will go and talk to some of those weird guys.’ So I took the bus to a church in a different part of the city. When I finally found the church, I asked the porter if I could ask him a question. ‘No,’ he replied curtly. I remember thinking all the way back to the bus: ‘Wow, what I’ve heard is right. These are seriously weird guys.’ It was only much later that I found out that the government had actually forbidden church members to answer any questions about Christianity to me or any other Muslim.

“I tried to go to other churches, but I got the same response there. I had already given up when one night the thought came back in a very intense way. I can’t find words to describe it. The thought reoccurred in my mind: ‘Go and find out about Christianity and learn how these people think about God.’ The feeling confused me. Did I drink too much alcohol? I had trouble sleeping that night because I was thinking how I could find out more. 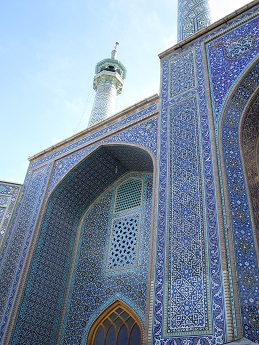 Iran is overwhelmingly
Islamic. As far as the country’s leading religious leaders are concerned, to be Iranian is to be Muslim.World Watch Monitor

“Then I remembered my friend. He worked for a security force investigating illegal ‘underground’ activities. His job was to track all underground activities, including ‘underground’ Christianity and illegal evangelism. Asking him was my last chance. I knew that my friend could get into a lot of trouble by helping me to contact with someone who could tell me more about Christianity, so I decided to bring up the issue playfully so he wouldn’t notice I was actually being serious. My plan worked. My friend gave me the address of a church that he knew was open to Muslims.

“I was so excited! I’d learned that Sunday was the day of the Christians, so the next Sunday I went to the address my friend gave me. When I got closer I saw that there was a worship service going on. At the time I knew nothing about Christianity, so I didn’t know exactly what they were doing. I didn’t know how long it would take. But I just decided to wait outside until someone came out.

“When the service ended a man came out. ‘Can I ask you a question?’ I asked him. He looked at his watch and replied, ‘Sorry, I am in a hurry now, but please come back next week and ask for me. I thought he might be acting out of politeness, but I decided to try anyhow.

“I was about to walk away, when he asked me a dangerous question: ‘Do you want to come in and enjoy the service?’ Now, I have to explain to you that this is something you just don’t do as a Muslim in Iran. So, my first thought was: ‘No, no, no!’ But at the same time I knew this was the moment. So I took a deep breath and said yes.

“My parents weren’t happy about my new faith, but they didn’t give me a lot of trouble. It was because of the people who discipled me that I eventually chose to leave the country. If the authorities would have found me, it would have led to those people, and they would have been in big trouble.”

“The man opened the door for me. I had seen many mosques from the inside. Big ones, small ones, old and modern. But the feeling I had when I entered the church was something I’ve never felt before. It wasn’t even the way it looked.

“I had seen churches on TV. So it wasn’t so much the sight that startled me, it was the way it felt. It felt so peaceful. Walking past the pews I felt like I was in an aquarium; it was like I had a lot of weight on my shoulders. I sat there and felt overwhelmed. I stood up when everyone stood up and sat down when everyone else did. I don’t remember anything from the first sermon, I was too consumed with my feelings.

“After the service there was coffee and tea. A man asked me: ‘You’re here for the first time, right?’ I said yes. I asked him if I could ask him questions about God. He said: ‘Not here, but please come to my home’.

“So I went to his home. I came with a lot of questions. The answers were strange, but in a good way. It was, for instance, the way he talked about heaven. ‘A place in God’s absolute presence,’ he [called it]. ‘A place in which your spirit is at peace totally with your creator.’ 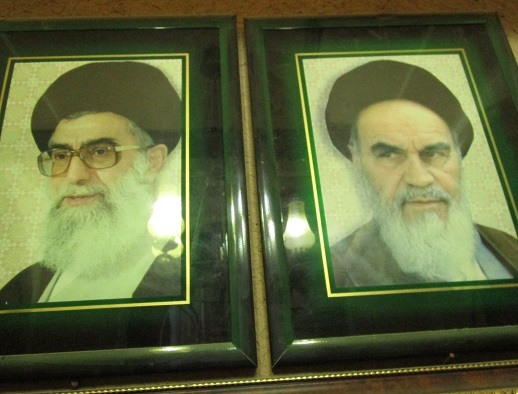 “In Islam heaven is a place where you can have all sorts of things you can’t have on earth – different sorts of women for your satisfaction, wine, etc. I hadn’t heard about the Christian idea of heaven before, but somehow his words about heaven made complete sense to me.

“[He] also told me that God isn’t a far-away person but someone who created the earth and put us as humans in the centre. He made us in his image. He even gave us a piece of his very own Spirit. I compared him to Allah, who was far away and got angry about the little things. But with the Christian God I was welcome the way I was. He created me with my weaknesses, he even used my weaknesses to be more like Him. This was a big difference from Allah, who would punish me for any small thing. No, God was my Father, someone who knew me as a person.

“Still, my Muslim background was too strong to just let go. It took a lot of struggling. I told God: ‘If you really care, please show me the way.’

“The funny thing is that apart from that church member, one of the people who helped me understand Christianity during that period was someone who had exactly the opposite intention – a ‘mini-Ayatollah,’ as I call him. This religious leader was trained especially to help Christian converts from a Muslim background return to Islam. I was sent to him by a friend who was worried about my sudden interest in Christianity. But with everything the religious leader said about Islam, I found an alternative in the Bible that was much better.

“It wasn’t a specific moment, a lightning flash or a dream. It happened gradually that I became a Christian. It was like the curtains that had been hanging in front of the truth for a long time had been opened for me. What I saw was beautiful.

“I didn’t tell my family: ‘Surprise! I am a Christian now!’ They discovered gradually. I had always been a bad boy and I started behaving differently. For instance, I brought the [dramatized life of] “Jesus” DVD home and watched it with my little brother. They’d expected me to go on drugs, or get in trouble with the police. They didn’t expect me to become a Christian.

“My parents weren’t happy about my new faith, but they also didn’t give me a lot of trouble. It was because of the people who discipled me that I eventually chose to leave the country. If the authorities would have found me, it would have led to those who discipled me, and they would have been in big trouble.

“I was 18 when I left home. Now I am 27. I haven’t been back in Iran since. I haven’t seen my family in 10 years. It’s a big sacrifice. But despite everything, I am undoubtedly happy and thankful.”