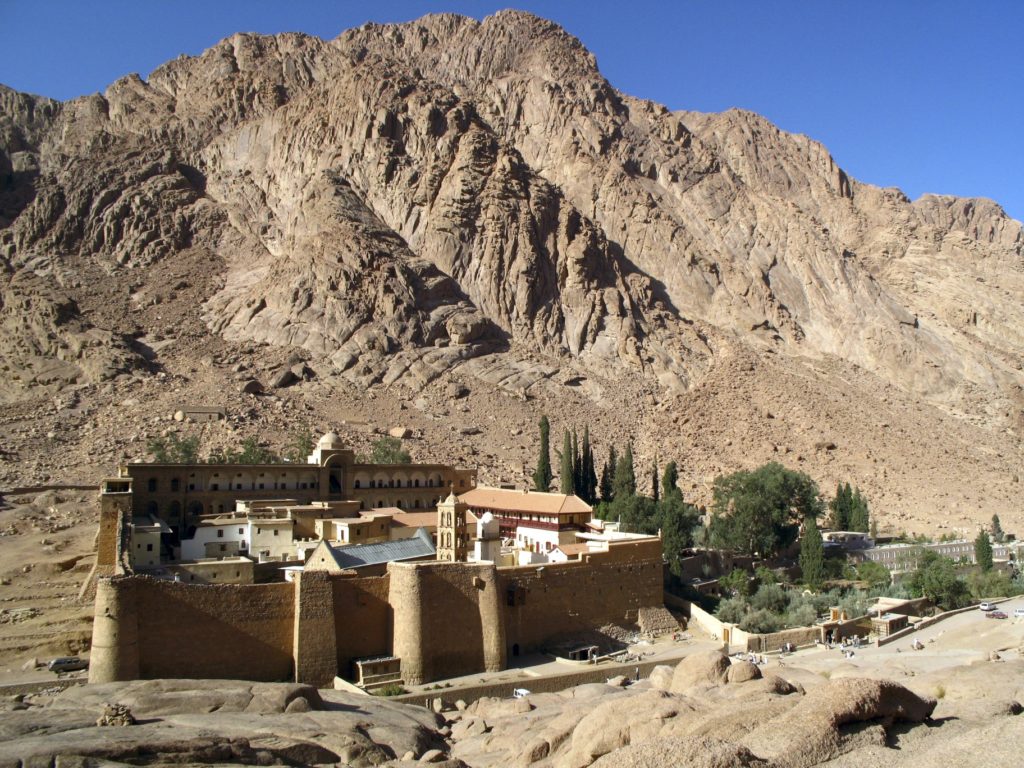 One of the gunmen involved in the 18 April attack at a checkpoint close to St Catherine’s monastery, Mount Sinai, was wearing a belt of explosives that failed to detonate, reports Coptic news site Watani.

The man – named by Egypt’s Interior Ministry as Abu-Faris al-Maghrabi – was shot dead on 19 April during a clash with police and military. Local Bedouin had helped the security forces locate the attackers’ hideout.

The Interior Ministry has given extra protection to the area by imposing a night curfew in north and middle Sinai.

Father Gregorios of St Catherine’s monastery said all the monks were safe; they had heard gunshots but didn’t know where they came from.

The attack has been claimed by the Islamic State group.