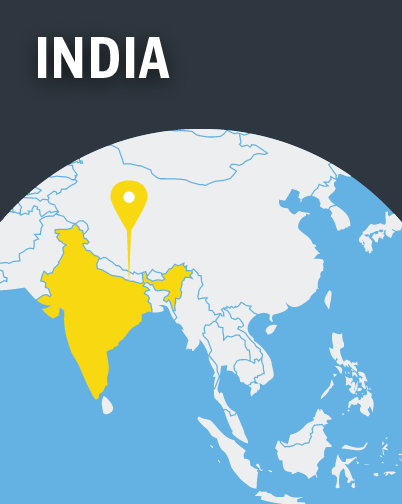 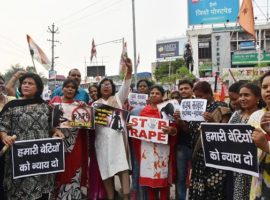 Five women about to perform a play in a remote area in the eastern Indian state of Jharkhand, to raise awareness of human trafficking, were abducted and gang raped last week, as a new survey suggests India is now the most dangerous country for women. The incident occurred on Tuesday […] An Indian pastor was beaten up by Hindu nationalists, then arrested by police on Monday (18 June) for allegedly forcing some local families in Muzaffarnagar, a city in Uttar Pradesh state, to convert to Christianity, reports The Times of India. Dipender Prakash was reportedly attacked by members of Bajrang Dal, […] A church in Puducherry in southern India was set ablaze recently, after upper-caste Hindu neighbours had objected to worship services in the area. Puducherry, formerly Pondicherry, was a French colonial settlement until 1954. Pastor David Santosham and members of the Bible Presbyterian church in Karaikal District left for home after […] Police in the eastern Indian state of Jharkhand have arrested four and are investigating 11 other Christians on charges of conversion, reported Christian Solidarity Worldwide (CSW). The arrest of the four in the village of Podkher, Simdega district, on 29 May is the first reported case since Jharkhand introduced anti-conversion […] Seventy-four children have had to leave their Christian-run hostel in India’s north-western state of Rajasthan, after the high court dismissed a petition challenging the child welfare committee’s seizure of the central office of Emmanuel Mission India. Emmanuel Mission International (EMI), founded in 1960 by Archbishop M.A. Thomas, is well-known in […] A controversial Hindu leader has called for Christians to leave India in a video that shows a group stomping on images of Pope Francis. The video, posted on 26 May, shows Om Swami Maharaj and a group of around 20 people carrying placards and banners with pictures of Pope Francis, […]

Amid growing extreme Hindu nationalism in India, dozens of speakers have called for concerted action to uphold the country’s constitution and fundamental rights, at a conference to mark four years of government led by Prime Minister Narendra Modi. “There is a grave threat to plurality,” Professor Ganesh Narayan Devy, a […] The Archbishop of Delhi’s call for a ‘prayer campaign’ in India, ahead of next year’s elections has been criticised by the governing party. In a circular to all Catholic churches in the capital, dated 8 May, Archbishop Anil Couto asked for a weekly day of fasting “for the nation”, Indian […] The Catholic Church in India has deplored a “fake” letter widely circulated in social and mainstream media alleging a Catholic conspiracy ahead of tomorrow’s elections in southern Karnataka state. “This is totally unacceptable. This is a blatant attempt to spread lies,” Bishop Theodore Mascarenhas, secretary general of the Catholic Bishops’ […] Following a long-fought campaign, the High Court of Odisha state in eastern India has ensured the disbursal of extra compensation awarded two years ago to dependants of 14 Christians killed in the widespread anti-Christian violence that engulfed Kandhamal district in 2008. In addition, the court has forced the Odisha government […]