The cause of Christians striving to practise their faith without fear or pressure often advances and retreats in countries outside those where Christians directly live under the most oppression. In London, New York, Strasbourg, Washington, and other centres of deliberation, important developments happen concerning Christians and religious freedom more broadly. This is the page where we consolidate news with an international scope. 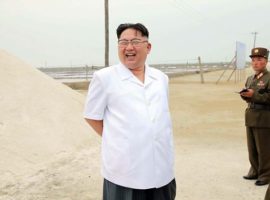 Corruption is increasingly seen as a factor behind the persecution of minority Christians around the world, and the world leaders who gathered at an Anti-Corruption Summit in London in May showed they are beginning to pay more attention to the effects of corruption on freedom of religion or belief. Evidence […]

The German Parliament has recognised the massacre 100 years ago of up to a million Armenians by the Turkish Ottoman Empire as “genocide”. Early in the 4th Century, the Kingdom of Armenia was the first nation to adopt Christianity as its state religion. At the time of the genocide, Germany […]

Most wars across the world are taking place in majority-Muslim countries, with Muslims mainly fighting each other, says . In 2012, there were six civil wars worldwide. All took place within Muslim countries: Afghanistan, Pakistan, Sudan, Somalia, Syria and Yemen. Of the nine rebel groups in these conflicts, seven had […] 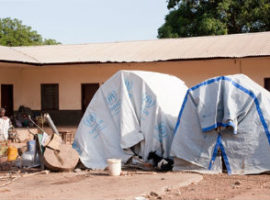 What is happening? The primary US government agency on global religious freedom issued its annual report 2 May. It says “religious freedom abroad has been under serious and sustained assault” during the past year, and says America should add seven countries to its list of worst offenders: Central African Republic […]

March 28, 2016 Democratic Republic of the Congo

In the aftermath of the 19 March assassination of Rev. Vincent Machozi in the Democratic Republic of the Congo, whether the definition of “martyr” needs to be expanded. Machozi, besides being a priest, ran a website that, in Allen’s words, documented “collusion among political elites, armed factions, and commercial interests […] 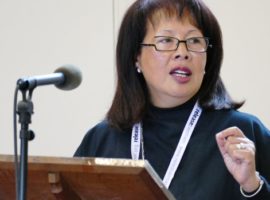 Nicole Ravelo-Hoerson, originally from Madagascar, a speaker at the Marcham Conference, March 2016Release International   Women were close witnesses of the violence meted out to Jesus Christ during his Passion and Crucifixion, which Western Christians commemorate this weekend. They were also among the first to face persecution by the Roman […]

More than 250 Muslim scholars, from over 120 countries, have called for religious freedom for non-Muslims in majority-Muslim countries. In a declaration signed on 27 January in Marrakesh, Morocco, the clerics said that it is wrong to discriminate against religious minorities in Muslim countries. They paid particular attention to Muhammad’s […]

The Geneva peace talks aimed at ending the Syrian civil war must “take into consideration” the needs of Christians, . The talks – due to start on 29 Jan. and last for six months – are aimed at finding a political solution to the on-going Syrian crisis. The UN said the first […] 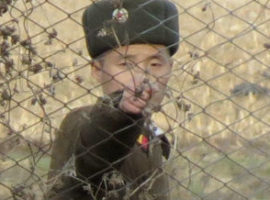 Some of the most urgent headlines of the past 12 months, from the global spread of jihadist violence to North Korea’s test of a putative atomic weapon, intersect with an updated list of the most difficult places to live as a Christian. For the 14th straight year, North Korea is […]

The US Commission on International Religious Freedom (USCIRF) has called on its government to include Christians in the definition of those at risk of genocide from Islamic State’s campaign in Syria and Iraq. A calls for a broader inclusion of Christians, Shi’a, Turkmen and Shabak communities as well as Yazidis, […]