Since the failed coup of July 2016, the level of intolerance against those not siding with President Recep Tayyip Erdogan has intensified. Turkish nationalism, combined with the growing Islamisation of Turkish society, means the tiny Christian minority, and other religious minorities, face mounting pressure, which is increasingly translating into violent incidents. While religious conversion is not prohibited by Turkish law, there are serious implications for Muslims who convert to Christianity, as they often experience intense pressure from family, friends and community to return to Islam. 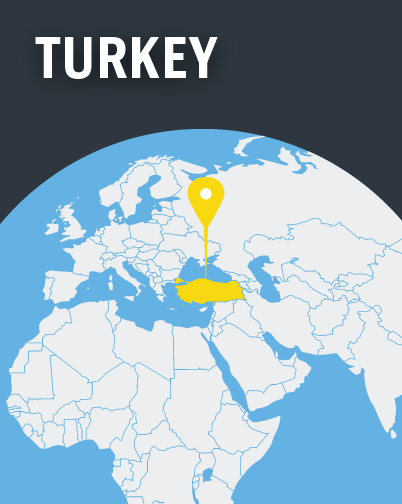 The American Charge d’Affaires in Ankara has said that Turkey’s continued detention of pastor Andrew Brunson on spying and terrorism-related charges is impeding US-Turkish relations. Philip Kosnett said there is a “strong sense of unity in Congress between Republicans and Democrats” on the need for Brunson to be released and […] Syriac Orthodox Christians have welcomed the Turkish government’s return of 55 title deeds, representing nearly half of their ancient church properties in southeast Turkey, which had been confiscated by the state in recent years. Fifty of the official property deeds were delivered to the Syriacs’ 4th century Mor Gabriel Monastery […] 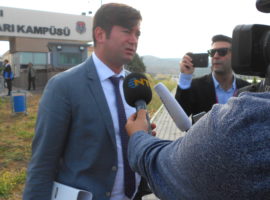 At the close of Turkey’s second trial hearing against US pastor Andrew Brunson, his lawyer has sharply protested the Izmir court’s reliance on secret prosecution witnesses against his client. Jailed for the past 19 months, the 50-year-old Evangelical Presbyterian minister was sent back to his cell in a maximum-security prison […] On the eve of jailed US pastor Andrew Brunson’s second court hearing in Turkey, growing international comment has focused on Turkish President Recep Tayyip Erdoğan’s transparent “hostage diplomacy” tactic, one of several issues seriously souring his nation’s relations with the United States. The upcoming 7 May hearing near Turkey’s third-largest […] Just one prisoner, slightly built, came through a side door, escorted on either side by armed gendarmerie soldiers, walking him past rows and rows of empty seats. Dressed in a dark suit and white shirt, he glanced up at the impressive state-of-the-art courtroom, built to accommodate 650 people. Its walls […] Responding over the weekend to public pressure from both US President Donald Trump and 66 members of the US Senate, Turkish President Recep Tayyip Erdoğan repeated his demand that US-based Turkish cleric Fethullah Gülen must be extradited back to Turkey if Washington expects Ankara to release jailed US pastor Andrew […] Andrew Brunson got his first day in a Turkish court today (16 April) to answer espionage charges. It will be three weeks until he gets his second. The American-born Brunson, pastor of a small Protestant church, told the court he denies any wrongdoing. He is accused of supporting the attempted […] Just days before jailed US pastor Andrew Brunson is to stand trial accused of espionage and terrorism against Turkey, a senior US official in Ankara declared this week that months of strained relations between Ankara and Washington have “started going to a positive direction … amid accelerated cooperation.” The optimistic […] A joint commission of Turkey’s major Christian denominations has published an historic book of concise Christian doctrine, receiving the unprecedented endorsement of all the nation’s Orthodox, Catholic, Armenian, Syriac and Protestant Churches. According to Armenian Bishop Sahak Masalyan, keynote speaker at the formal book launch in Istanbul of the English […]

Imprisoned US pastor Andrew Brunson is set to stand trial before a Turkish criminal court on 16 April on espionage- and terrorism-related charges that could jail him for up to 35 years. Seventeen months after the pastor’s arrest in the port city of Izmir, a formal indictment accepted by the […]