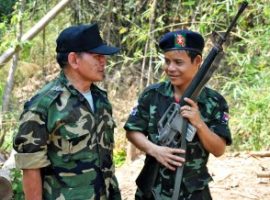 What most people know about Myanmar is that Aung San Suu Kyi has been prevented from becoming its leader, despite her overwhelming popularity. That may finally change in elections later this year. Myanmar is made up of eight major ethnic groups, who all hoped for autonomy after gaining independence after . . . Read More
March 11, 2013 Myanmar Aung San Suu Kyi, Kachin, Mandalay, Minorities, Myanmar, Rakhine, Yangon 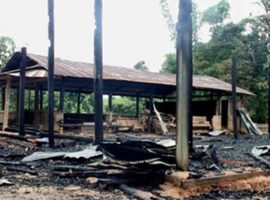 Christians around the world who’ve been praying for Myanmar have been warned against ‘euphoria’ over reform, while Christian and Muslim minorities remain under attack by the military. Sunday March 10 marked the 16th anniversary of the Global Day of Prayer for Burma, which celebrated some progress towards reform, but warned . . . Read More
May 4, 2012 Myanmar Aung San Suu Kyi, Baptists, Buddhist nationalism, Chin, Churches, IDPs, Kachin, Karen, Karenni, Minorities, Myanmar, Shan 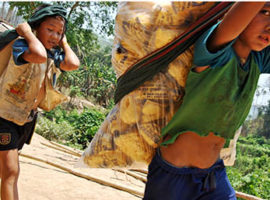 Amid global euphoria over reforms in Burman-majority parts of Myanmar, life has changed little for more than 3 million Christians and other minorities left to suffer from one of the world’s longest running civil wars. Headlines around the world hailed the induction on Wednesday (May 2) of opposition leader Aung . . . Read More