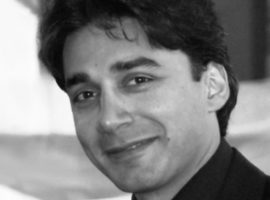 An Iranian pastor serving a six-year prison term has failed in his appeal against a further sentence of 74 lashes and an additional year in jail – for the alleged possession in his cell of two litres of alcohol. This latest news about Farshid Fathi was first reported by Iran-focused . . . Read More
October 23, 2014 Iran Behnam Irani, Church of Iran, Exile, Iran, Karaj
Iran has dropped capital charges against church leaders Behnam Irani, Abdolreza “Matthias” Ali-Haghnejad and Reza “Silas” Rabbani, but sentenced each of them to six years imprisonment to be served in exile in remote regions of Iran. Initially charged with “spreading corruption on earth,” a charge that carries the death sentence, . . . Read More
May 19, 2014 Iran Ahwaz, Church of Iran, Iran, Karaj, Prisons, Torture
Two Christian men have been violently tortured and badly beaten in Iran’s prisons. Silas Rabbani, a deacon of the Church of Iran in Karaj, was arrested on May 5 by agents of Iran’s Ministry of Intelligence and Security. Upon his arrest he was informed of the groups’ plan to arrest other . . . Read More