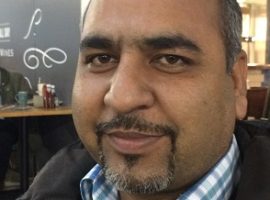 Anser Javed’s father was a sanitary worker in Karachi; his mother was a sweeper. When his father then died in a work accident, the Pakistani Christian boy was sent to an orphanage as his mother was too poor to care for him. Nevertheless, with support and personal determination, he eventually . . . Read More
July 13, 2016 Pakistan Blasphemy, Gujranwala, Gujrat, Nadeem Masih, Sunni Tehreek 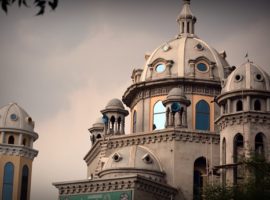 A Pakistani Christian and his family have fled their home in the religiously conservative city of Gujrat, after he was accused of committing blasphemy by sending an offensive message via mobile-phone text. Nadeem Masih, 23, from the Yaqoobabad area of the city, and his family are on the run after . . . Read More
July 1, 2016 Pakistan Blasphemy, Gujranwala, Islamic extremism, Police, Shahbaz Bhatti 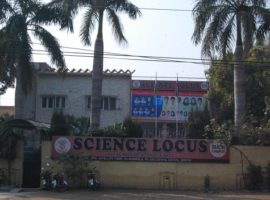 The Science Locus School of Science & Arts in Gujranwala, Pakistan.www.sciencelocusschool.edu.pk   An anti-terrorism court in Pakistan has sentenced a Christian man to death for committing blasphemy against the prophet of Islam. Anjum Sandhu, 60, had initially sought police protection in May 2015, after alleging he was the victim of . . . Read More
April 17, 2015 Pakistan Gojra, Gujranwala, Joseph Colony, Lahore, Youhanabad 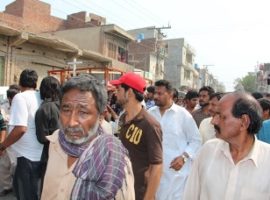 A funeral was held for Nauman Masih, 14, at St. Ignatius Catholic Church in Lahore on 15 April.World Watch Monitor   A 14-year-old Christian boy, who was first reported to have been doused with petrol and set on fire because of his faith, died on Tuesday (14 April) in Lahore, . . . Read More
November 26, 2013 Pakistan Al-Qaeda, All Saints Church, Blasphemy, Gujranwala, Jamaat-ud-Dawa, Karachi, Lahore, Lashkar-e-Taiba, Pashtun, Peshawar, Rawalpindi, Sunni Tehreek, Taliban, Youhanabad 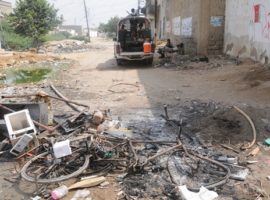 The remains of a Munawar Masih’s belongings in Michael Town, Karachi, after they were taken from his home and set on fire.World Watch Monitor   Two months ago, on September 22, two suicide bombers blew themselves up outside All Saints Church in Peshawar when congregants were leaving the church after . . . Read More