While Islamic State is wreaking havoc in Iraq and Syria, its ambitions do not stop there. Moreover, several world leaders are saying it is one of the biggest threats they are facing. But exactly how does Islamic State fit into the global picture of Christians under pressure for their faith . . . Read More
September 10, 2014 Lebanon Islamic State, Lebanon, Refugees, Syria
The Associated Press (AP) reports that some Lebanese Christians are stockpiling weapons and setting up self-defence units to protect themselves from the Islamic State. This report came the day before IS militants beheaded Lebanese soldier Abbas Medlej who had been taken hostage by the group’s militants in August. Photos of . . . Read More
January 7, 2014 Lebanon Al-Saeh Library, Blasphemy, Greek Orthodox, Lebanon, Tripoli Around two-thirds of the library’s estimated 80,000 books are thought to have been damaged.MTV Lebanon News / YouTube A huge library of books collected by a 72-year-old Greek Orthodox priest, but used by the whole community, was torched in Lebanon on Friday (January 3) after he was accused of insulting . . . Read More
December 12, 2013 Assyrians, Egypt, Iraq, Lebanon, Refugees, Sweden, Syria, Syriacs, Turkey A couple of days after she fled Syria for Turkey, a colleague sent me a message. “Dear Nuri, this is a court that the extremists established in my city, Lattakia, in the [Syrian] village of Kansabba. This Islamic court issues the law according to the extremists’ religion. It started today. . . . Read More
August 29, 2013 Syria Assyrians, Bashar al-Assad, Lebanon, Syria, Tabqa 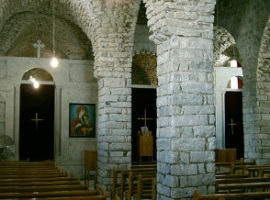 This much seems certain: Christians are leaving the birthplace of Christianity in large numbers. Just how large those numbers are, however, is a matter of educated conjecture, according to a new report on Christian migration from the Middle East. A precise accounting is impossible, but report author Markus Tozman says . . . Read More
July 12, 2013 Lebanon Lebanon, Shia, Sunni, Syria, Tripoli
The war in Syria threatens to spill over into Lebanon, where the Damascus regime and the rebels both have supporters. A Lebanese BBC journalist’s film ‘Lebanon on the Brink‘ shows the latent sectarian enmity between Sunni and Alawite Shia in Tripoli, northern Lebanon.
July 7, 2013 Andrew Bennett, Baghdad, Bishop Angaelos, Cairo, Canada, Copts, Egypt, Iran, Iraq, Lebanon, London, Middle East, Muslim Brotherhood, Religious freedom, Saddam Hussein, Syria 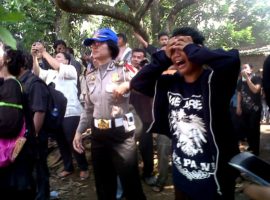 This is a book designed to show that “Christians are the single most widely persecuted religious group in the world today” (p4). With that aim, three authors well known in the field of religious advocacy give the reader the ultimate global briefing on the causes, patterns and trends in the persecution . . . Read More