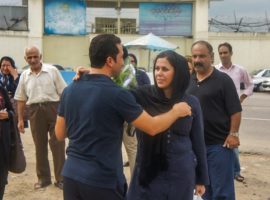 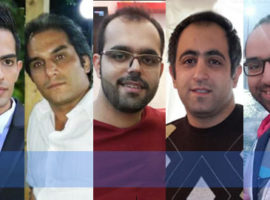 UPDATE (18 Oct.): Two of the five Iranian Christians arrested during a trip to the Alborz Mountains north-east of Tehran in August have been released on bail, though three are still being detained. Ramil Bet-Tamraz and Mohammad Dehnavi were released after posting bail of around US$33,000 each, according to Middle East . . . Read More
October 10, 2016 Iran Maryam Naghash Zargaran, Mohammad Reza Omidi, Rasht, Saeed Abedini, Saheb Fadaie, Yasser Mossayebzadeh, Youcef Nadarkhani 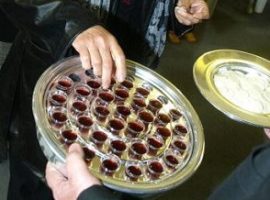 UPDATE (10 Oct.) Three Iranian Christian converts are appealing after they were sentenced to 80 lashes each for drinking alcohol during Holy Communion. (Non-Muslims are permitted to drink alcohol in Iran, but leaving Islam is forbidden, so any such conversions are not recognised.) Yasser Mossayebzadeh, Saheb Fadaie and Mohammad Reza . . . Read More
September 19, 2016 Iran Apostasy, Converts, Iran, Islamic extremism, Maryam Naghash Zargaran, Prisons, Saeed Abedini
On 17 Sep., Maryam Naghash Zargaran was returned to prison after her medical treatment was again cut short. Her friends and family reported that she was again unable to receive adequate treatment during her time at home. Amnesty International has in its prisons. Amnesty mentioned Zargaran, an Iranian Christian who . . . Read More
January 18, 2016 Iran Iran, Maryam Naghash Zargaran, Saeed Abedini, USA
Christian pastor Saeed Abedini is on his way home to his family in the United States, after being released from prison in Iran, the American Centre for Law & Justice confirmed on 17 Jan. The Iranian-born US pastor was released on 16 Jan. as part of a prisoner-swap deal between . . . Read More