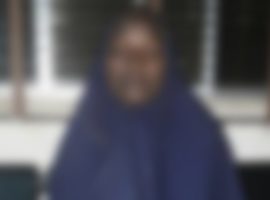 Nigeria’s army says that it has rescued a second Chibok schoolgirl, two days after rescuing Amina Ali Nkeki, 19, the first of the 219 kidnapped girls to be found alive. “We are glad to state that among those rescued is a girl believed to be one of the Chibok Government . . . Read More
April 21, 2016 Nigeria Boko Haram, Cameroon, Chibok girls, Damasak, Nigeria, Rape, Women
A new report reveals that the kidnapping of 270 Chibok girls in 2014 and the 400 women and children taken from Damasak in Nigeria last year are not isolated cases. It shows Boko Haram’s strategy aimed at using women – some as young as 10 – as suicide bombers in . . . Read More
January 20, 2016 Myanmar Kachin, Myanmar, Rape, Shan, Women
A new report investigating the rape and murder of two Kachin Christian teachers in Myanmar accuses the government of “systematic cover up”. Produced by the Kachin Women’s Association of Thailand and the Legal Aid Network, to coincide with the one-year anniversary of the deaths of Maran Lu Ra, 20, and . . . Read More
November 26, 2015 Global News -- No Particular Country Pope Francis, Rape, Seleka, Trauma, Women 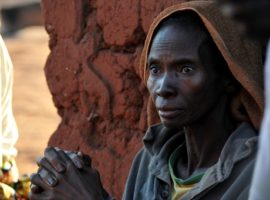 Pope Francis’ first pontifical trip to Africa concludes with a visit to the Central African Republic, where wholesale deadly violence against Christians in 2013 was largely characterised by attacks that singled out women. The first day of his trip to the continent, which beings in Kenya, is also the 17th . . . Read More
September 18, 2015 India Chhattisgarh, India, Kerala, Rape, Women
A nun has been murdered in the southern Indian state of Kerala, reports Fides. Sister Amala Valummel, 69, was found dead on 17 Sep. at her convent in the town of Palai. This is the fourth incident involving an Indian nun that World Watch Monitor has reported in 2015. In . . . Read More
September 14, 2015 Nigeria Boko Haram, Chibok girls, Children, Jizya, Nigeria, Rape, Women
For hundreds of women and girls kidnapped by Boko Haram militants, their ordeal did not end when they escaped, or when Nigerian soldiers rescued them and reunited them with their families. Instead of being admired for their bravery, many have become outcasts in their communities, stigmatised due to their perceived . . . Read More
August 14, 2015 Boko Haram, Chibok girls, Iraq, Islamic State, Kidnapping, Nigeria, Rape, Syria, West Africa
In 2014, following the kidnapping of 230 teenage girls from the mainly Christian enclave of Chibok in northern Nigeria, World Watch Monitor asked the question: How does Boko Haram justify its actions? A year later, The New York Times reports that the self-proclaimed Islamic State has “enshrined a theology of . . . Read More
June 22, 2015 India Chhattisgarh, India, Rape, Women
Several thousand Christians in central India marched in protest June 20 and 21 after reports emerged that two men had sexually assaulted a nun in her bedroom. Citing police sources in Chhattisgarh state, the attackers broke into the 47-year-old nun’s room early June 20, tied her, and attempted to rape . . . Read More
April 27, 2015 Myanmar Buddhist nationalism, Chin, Churches, Kachin, Myanmar, Rape, Women
Two policemen have allegedly raped a 15-year-old girl from Myanmar’s Chin state – home to the majority of the country’s Christians. The allegations were made by the girl’s father. He filed a report at the local police station stating that two officers had taken her away on a motorbike and . . . Read More