The Fula people, often described as the Fulani, are regarded as the world’s largest nomadic group, about 20 million people dispersed across Western Africa. They reside mostly in Nigeria, Mali, Guinea, Cameroon, Senegal, and Niger. They also can be found in Central African Republic and Egypt.

In Nigeria, the Fulani comprise “the most populous and politically influential” of more than 250 ethnic groups in the country. They speak Fula languages as well as Hausa, English, French and Arabic.  Nigeria’s president, Muhammadu Buhari, is ethnic Fulani.

The centuries-old Fulani heritage is pastoral, organized primarily around nomadic herding of cattle, sheep and goats, though segments of Fulani farm crops or live in urban areas.

The Fulani were early adopters of Islam, participating in holy wars, or jihads, in the 16th Century that established them as a dominant social and economic force in Western Africa. 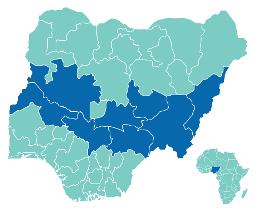 As the frontier of the Sahara Desert has moved southward, Fulani herds have gradually been pushed southward toward Nigeria’s “Middle Belt,” a handful of states straddling the pre-colonial line dividing Nigeria’s predominantly Muslim north from its Christian south. The Middle Belt is a farming region, and the advancing Fulani-owned herds have increasingly encroached on croplands.

The resulting conflicts over land have taken on an ethnic and religious character, as many of the farmers of Nigeria’s Middle Belt are ethnic Berom, an indigenous people who are predominantly Christian.

Especially in the shadow of Boko Haram’s seven-year campaign to impose Islamic law across Nigeria, Fulani conflicts with farming villages have become more sinister than simple land disputes that boil over into violence. Instead, armed Fulani have planned and executed operations that have killed and chased away thousands of Christians.

Militants “descend on the villages in the night or in the day and carry out cruel attacks against innocent people, including women and children,” according to an assessment of Nigeria by Open Doors, a charity that provides aid to Christians who live under pressure because of their faith. “There are moves by the governments of Benue, Kaduna, Nasarawa and Taraba States to establish and reserve grazing fields for Hausa-Fulani Muslim herdsmen. This means that swaths of land from indigenous Christian communities are taken away for that purpose, depriving Christians of their farming fields and livelihood.”

A campaign to Islamize Nigeria

The 2015 Global Terrorism Index, published by the Institute for Economics and Peace, characterized Fulani militants as one of the five deadliest terrorist organizations in the world. Unlike Boko Haram’s goal to create an Islamic government, “Fulani militants have very localised goals, mainly greater access to grazing lands for livestock,” according to the index.

Open Doors says this view is too limited. Two 2015 reports commissioned by Open Doors concluded the Fulani are engaged in a campaign that can be described as ethnic cleansing of the Middle Belt. In Taraba state specifically, Fulani militants are waging “a massive campaign to displace indigenous Christian farmers.”

For example, in the aftermath of the March 2016 massacre in the village of Agatu in Benue state in central Nigeria, survivors quoted by Christian-rights advocates said the attackers specifically targeted Christians and churches and spared Muslims and mosques.

“These herders have historically played a role in jihad, and they have grown increasingly radical in recent times due to the influx of radical Islamist preaching by missionaries from Saudi Arabia and Iran. The radicalization in the Fulani has also kept pace with the Boko Haram radicalization. The Fulanis’ actions are also shaped by concept of Darul Islam, where everything belongs to Allah directly and to his followers indirectly–including the land where they want to let their cattle craze. They believe it is right for them to take those resources by force from infidels and apostates.”

Between these two interpretations, the US Commission on International Religious Freedom, an advisory body to the US government, walks a middle line. In Nigeria, “fears of ethnic and religious domination are long-standing,” the commission said in its 2016 annual report. “Given that religious identity frequently falls along regional, ethnic, political, and socio-economic lines, it routinely provides flashpoints for violence.”

Following the Agatu massacre, the Nigerian Senate went on record connecting Fulani attacks to Boko Haram. The Agatu attackers included Boko Haram gunmen, according to the Senate resolution. In the face of the “tremendous success” of the Nigerian Army’s campaign against Boko Haram, its members are blending themselves among the Fulani, Sen. Emmanuel Bwacha told the Pulse news organization.

“There is a change of tactics by insurgents who now parade as herdsmen to make it difficult for the public to identify them,” Pulse quoted Bwacha as saying.