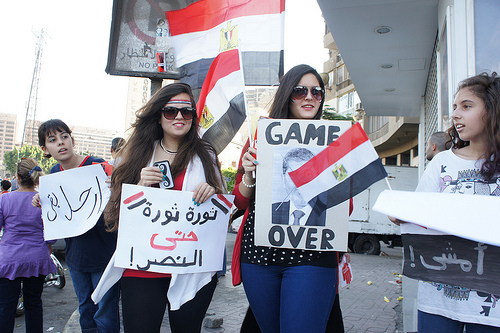 It’s been a heady week for opponents of Mohamed Morsi and his Muslim Brotherhood. The Brotherhood has withstood decades of opposition, however.Zeinab Mohamed / Flickr / Creative Commons

These are dark days for the Muslim Brotherhood. But it has seen dark days before.

For now, it has been shoved aside by Egypt’s military, which took up the cause of millions of protesters fed up with their country’s myriad problems, many of which they placed at the feet of the Brotherhood, its ruling Freedom and Justice Party, and the party’s leader, now-former President Mohamed Morsi.

Leaders of the Muslim Brotherhood, and many of its rank-and-file in the streets, said they would defend Morsi with their lives. Scores of people, on both sides of the divide, have been killed in widespread clashes, and the prospect of more bloodshed is real. Within hours of Morsi’s removal, reports surfaced that Christian churches were being burned.

The Brotherhood has never before been in this position – attaining the national seat of power, only to lose it. But it has endured many hardships. It has been ridiculed, hounded, outlawed, tortured and exiled, even within its birthplace, Egypt. Yet it had endured to emerge as “the most important Islamic organization in the world,” according to a new review of the Brotherhood’s origins, methods and influence.

The question now is whether it will remain a potent Islamic force. On that point, the report is silent, but in contemplating where the Brotherhood may be going, the report provides a summary of where it has come from, and how it has worked towards establishing an Islamic state.

The report credits the Brotherhood’s long rise to prominence to patient planning, grassroots cultivation of support from Egypt’s poorest Muslims, and preference for working within the political system rather than resorting to violence.

This week the Brotherhood received the harshest verdict yet on its politics, and the report does not address how the movement overplayed its 2012 election victory to the chagrin of millions of countrymen. The report does, however, document how it was a moment nearly a century in the making. 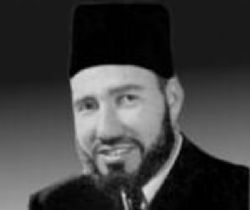 According to the report, Hassan al-Banna founded the Brotherhood in the 1920s by re-introducing politics to Islam, which long ago had been part of Muslim life but had been driven out during generations of European colonisation.

“To overcome nearly two centuries of westernization, whereby most Egyptians knew little more about Islam than the five pillars, if that, Banna politicized Islam, making it as it once was,” the report says.

“Is the Muslim Brotherhood a political group, or is it a religious group? Such questions plague the West. The fact is, it is both–for in Islam, historically and doctrinally, Islam is politics.”

And that, the report argues, means that the ultimate aim of the Muslim Brotherhood is no different than the aim of al-Qaeda and other militant Islamist groups: “establishment of caliphate and enforcement of Sharia.” The difference is in method, not objective.

The report is published by the World Watch List, a research group that issues an annual ranking of the 50 countries where Christians are under the most pressure for their faith. The World Watch List is a unit of Open Doors International, a global non-profit organisation that provides support to pressured Christians.

The report is written by Raymond Ibrahim, a fellow at the Middle East Forum, a Philadelphia-based think tank that “promotes American interests in the Middle East and protects Western values from Middle Eastern threats.”

“There is no doubt that the Brotherhood will continue spearheading the Islamist movement around the world, gaining more and more recruits, both formal and informal, as it edges closer to realizing its ultimate goals,” Ibrahim concludes in the report.

To do so, the Brotherhood will, once again, have to emerge from some of its darkest hours.