Christians in Israel enjoy a higher level of religious freedom than in most other countries in the Middle East, although, being a Jewish state, Jewish citizens receive preferential treatment. Messianic Jews and those who convert from Judaism to Christianity may be branded traitors by ultra-orthodox Jewish organisations, while converts from a Muslim background can face pressure from their families. Some churches and monasteries have been subject to vandalism, and clergy abused, although reported attacks have decreased in recent years. 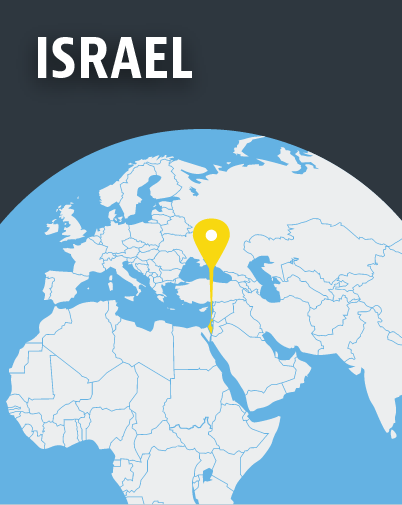 A skirmish between Coptic clergymen and Israeli police took place in Jerusalem on Wednesday (24 October) after the monks protested against Israeli authorities forcibly taking charge of repairs to a chapel the Copts say they own, Associated Press reports. The Antiquities Authority of Israel moved to repair the St. Michael […] 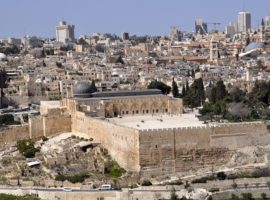 The most senior Christian leader in the Holy Land has accused hardline Jewish settlers of trying to intimidate clergy in Jerusalem’s Old City and acquire church-owned property in an attempt to weaken the Christians’ presence there. In an interview with the Guardian, the Greek Orthodox Patriarch of Jerusalem, Theophilos III, […] Last week’s closure of the Church of the Holy Sepulchre in Jerusalem – Christianity’s ‘holiest site’ – was not just a protest over perceived government intervention; it was an “alarm signal” over the future of the city, according to a church spokesperson. “Can Jerusalem be a holy city for Jews, […]

The doors to the Church of the Holy Sepulchre in Jerusalem were re-opened this morning (28 February) after plans to tax church property in Jerusalem were suspended. Prime Minister Benjamin Netanyahu’s office announced yesterday (27 February) that a team would be formed to “formulate a solution” with the churches’ representatives, […] The Jerusalem municipality has announced that churches in the city need to start paying municipal taxes, but church leaders have objected, saying they already “invest billions”. In a statement released yesterday (14 February), the Patriarchs and Church Heads of Jerusalem said charging them taxes “is contrary to the historic position […] Protests in the southern Israeli town of Dimona have flared up again, two weeks after a meeting centre for Messianic Jews re-opened its doors. The centre was closed in May last year following violent protests by ultra-Orthodox Jews and attacks on the homes of church leaders. Earlier this week a […] 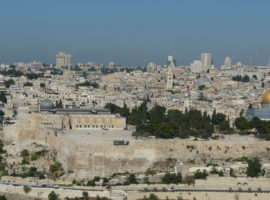 Church leaders in the Middle East have voiced grave concerns at US President Donald Trump’s announcement that the US will recognise Jerusalem as Israel’s capital city and move its embassy from Tel Aviv to Jerusalem. There are an estimated 200,000 Christians in the Holy Land, of whom around 50,000 live […] An Orthodox Jewish group shouted abuse as they protested outside a meeting of Messianic Jews in Arad, southern Israel, reports Middle East Concern (MEC). At the end of August the Messianic group, Hasdey Yeshua, were meeting in a warehouse when 20-30 members of the ultra-Orthodox group, Gur Hassadim, arrived and started swearing […] Hisham*, an Arab, and Miriam*, a Jew, are both 16. They grew up in Israel in a climate where suspicion, even full-blown hate, has set the tone of each towards the other. The boy and girl are friends now – their friendship has this one thing in common: a faith […]

Seven historic churches near the Jordan River site of Jesus’ baptism are to be cleared of mines, making way for more pilgrimages and furthering inter-communal reconciliation. A British charity, the Halo Trust, is undertaking the work on the Israeli side, west of the river, in an area unsafe since the […]