Over 100 Coptic Christians were killed in 2017 in a wave of deadly attacks by militants belonging to, or inspired by, the Islamic State group, which has vowed to “wipe them out”. Egypt’s Copts, who account for around 10 per cent of the population, were also targeted in 2013, after they were perceived as supporting the ousting of President Mohamed Morsi and his Muslim Brotherhood government. Scores of churches across the country were attacked and burned. 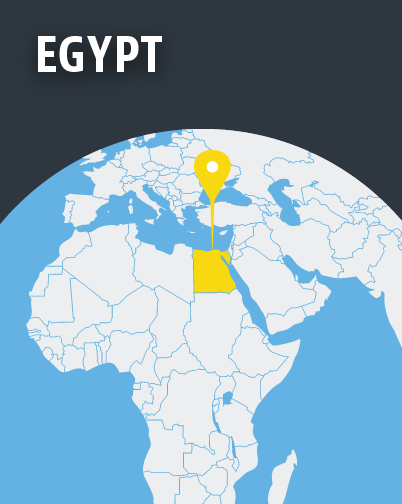 A Christian father and son were killed by suspected Islamic State militants in Egypt’s Sinai Peninsula on 30 August. The two Copts, Salama Moussa Waheeb and his son Hany, were shot dead while working in the fields in Gelbana, 20 kilometers east of the city of El Qantara on the […] An elderly Coptic Christian and his son who run an off-license shop in Giza, central Egypt, were hospitalized after they were severely injured in an attack. Joseph Israel, 70, was sitting outside his shop in the Omrania district in the early morning of 28 July when a man  approached him […] An Egyptian Christian was stabbed multiple times when he tried to rescue his son who was held against his will by a Muslim neighbour in Alexandria. On the night of 15 February, Magdy Fathy Shehata Awad Allah, deacon at the Coptic Orthodox Church in the northeast of Alexandria and a […] A Coptic Christian has been sentenced to five years in prison for blasphemy, according to the Egyptian Initiative for Personal Rights, or EIPR, which represented him during his trial. On 29 January the Cairo Economic Court found Marco Gerges guilty of “contempt for Islam”, “exploiting religion in promoting extremist ideas”, […] Fears that ‘Islamic State’ once again threatens the lives of some of the Middle East’s largest Christian population have emerged again, after the radical militant group killed an Egyptian Coptic businessman who’d funded the construction of the only church in his north Sinai village. The death of 62 year old […]

Three Coptic churches in the Upper Egypt region were hit by fires in the last three weeks which, the Copts say, is “not a coincidence”. On Friday morning 1 November a fire started in an adjacent hall of the Mar-Girgis (St George) al-Gyoushi Church in the Shubra district of the […] Egypt legalised 156 more churches and service buildings on Tuesday, 5 March, bringing the total of approved religious venues to 783, reports Egypt Independent.    Since 2016, more than 3,700 churches have applied for legal status under a new law that was designed to make it easier to establish and build churches […] Four years since the beheading of 20 Coptic Christians on a beach in Libya by Islamic State militants, a book has been published about the victims based on interviews with their families. The 20 Copts plus one Christian from Ghana, all daily labourers in Libya, were abducted by armed militants who […] A 2016 law designed to make it easier to establish and build churches in Egypt has not eased the bottleneck, according to a new report. The 12 December report, issued by the Project on Middle East Democracy, said approval of church building projects actually has slowed under the new law. […] Eleven men suspected of an attack Coptic Christians in Egypt’s capital Cairo a year ago will have to appear before a criminal court, reports Coptic news site Watani. The suspects were caught by police following a double attack on the Mar Mina and Pope Kyrillos VI Coptic Orthodox Church in the […]