Sharia (Islamic law) is the foundation of Sudan’s legal system, and leaving Islam is punishable by death; Christians who talk about their faith can be accused of an “act that encourages apostasy”. Christianity is seen as Western, making it a political target. Several Christians have been imprisoned in recent years, charged with “spying”. Sudan’s President, Omar al-Bashir, who is wanted by the International Criminal Court for crimes including “genocide”, is believed to want to “rid” Sudan of Christianity. In 2016 the government announced plans to destroy 27 churches, claiming they were in violation of the designated purposes of the land they were built on. 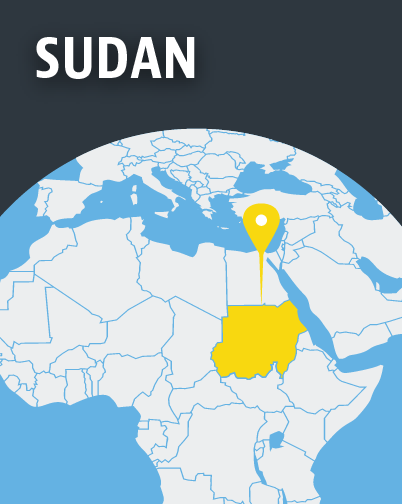 Despite the abolition in July 2020 of Sudan’s apostasy law (under which the case of Christian doctor Mariam Ibraheem, sentenced to hang in 2014, became global headline news), a group of 29 Sudanese NGOs says that its transitional government’s amendments to many of its laws do not go far enough. […] Three churches in Sudan’s southern Blue Nile state, rebuilt after arson attacks in December, were burned down again in January, reports a Sudanese rights organisation. On the evening of 28 December, the Sudan Internal Church, Catholic Church and the Orthodox Church in Bout town, near the border with South Sudan, […] A Sudanese church leader is scheduled to appear in a Darfuri court on Sunday, 28 October, on charges of apostasy, after he refused to recant his faith while in police custody, Middle East Concern (MEC) reports. Tajadin Idris Yousef was the leader of the group of 13 Sudanese Christians taken […] A group of Darfuri Christians arrested last week have now been released but only after they faced severe pressure for their faith and were beaten while in detention, a local source has told World Watch Monitor. The group of 13 Christians were taken by security officials from a home they […] Sudanese security officials arrested 13 Christians in the western region of Darfur on Saturday, 13 October. The Christians were taken from a home they share in the city of Nyala, southwest Darfur, by officials belonging to the National Intelligence and Security Services (NISS) but it is not clear on what […] The Sudanese government has cleared a shipment of Bibles believed to have been held in Port Sudan for six years. The Arabic-language Bibles were released two weeks ago and transported to the capital, Khartoum, after years of appeals by church leaders, a local source told World Watch Monitor. “Since 2011, […] The Sudanese government has returned ownership of 19 properties to the Sudanese Church of Christ (SCOC), two years after it confiscated them. The land-ownership documents were handed back on Monday (24 September), a local source told World Watch Monitor. In August a Sudanese court ruled against the government and ordered […]

A Sudanese court has surprisingly ruled against the government in a case against the Sudanese Church of Christ (SCOC) after a long-standing dispute over ownership of the church’s property. Five church leaders, including the SCOC president Ayouba Telyan, appeared in court on Wednesday, 8 August, expecting to have to defend […] The Czech aid worker who spent 14 ½ months behind bars in Sudan has said he counted his experience a “privilege” because it enabled him to share his Christian faith with Sudanese prisoners, and praised the country’s “very courageous” Christian minority. Petr Jašek also told World Watch Monitor that two […]