Ostensibly a secular state, Sri Lanka’s new Constitution emphasises that Buddhism is the state religion, while belief in Buddhist supremacy remains widespread. Buddhist monks, who are influential in the villages, are the main source of pressure on Christians. Church services and prayer meetings have been stopped and church buildings attacked by mobs. Church leaders are most vulnerable. Christians from Buddhist, Muslim or Hindu backgrounds are seen as traitors and subjected to physical and verbal assaults.

Detectives have arrested the man suspected of being the ‘handler’ of the bomber of Zion Protestant Church in Batticaloa, eastern Sri Lanka on Easter Sunday 2019, 21 April. The man, from Mount Lavinia, south of the capital Colombo – across the complete width of the island from Zion Church, around […] 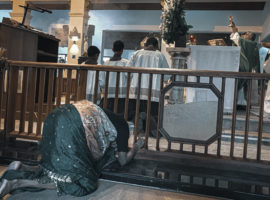 At least 176 children lost either one or both of their parents in the Sri Lanka Easter Sunday bombings, according to the Archbishop of Colombo, Cardinal Malcolm Ranjith. Just over three months ago, at St. Anthony’s Shrine in the country’s capital saw a powerful explosion rip apart the bodies of […] 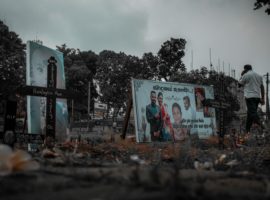 Sri Lankan Arasaratnam Verl is deep in mourning. His son Jackson (13) and sister Verlini (36) were killed instantly when a bomb exploded in the evangelical Zion Church in the eastern city of Batticaloa on Easter Sunday morning, 21 April. Verlini’s husband Ranjith (39), an engineer and Blackbelt in karate, […] 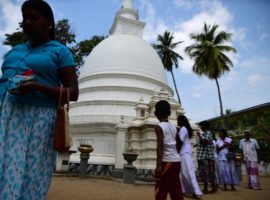 Christians in Sri Lanka have experienced a sharp increase in attacks this year, with 67 reported cases between January and September, according to the National Christian Evangelical Alliance of Sri Lanka (NCEASL). September saw the highest number of cases, with 12 documented attacks. Comparatively, in the first five months of […] 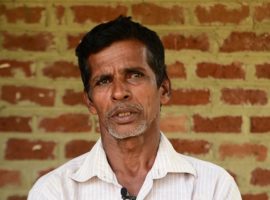 This is the story of a Sri Lankan brickmaker who received death threats after his conversion to Christianity, which is often seen as a “foreign” religion, even though it arrived in the Indian sub-continent almost two thousand years ago. Nimal is illiterate, but attended Bible school. He says when he talks […] Civil society groups in Sri Lanka have asked Facebook to do more to prevent hate speech, including comments that discriminate on religious lines, following recent anti-Muslim riots. “There was a post in the Sinhala [Sri Lanka’s largest ethnic group] language on Facebook for six days, which mentioned ‘killing all Muslims, […] 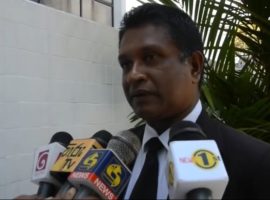 The Sri Lankan government is facing criticism from human rights groups after ordering a lawyer to apologise and offer a retraction for comments he made in a TV interview, when he highlighted growing religious intolerance in the country. During the interview on 14 June, Lakshan Dias referenced a recent report […] 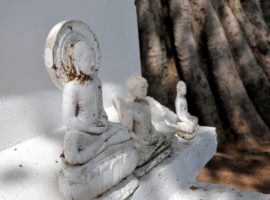 There have been over 20 violent incidents against Christians so far this year, according to the National Christian Evangelical Alliance of Sri Lanka. Following a parallel surge in violent attacks on Muslims in the country, the alliance calls on the government to ensure the protection of minorities and their places of worship. […] 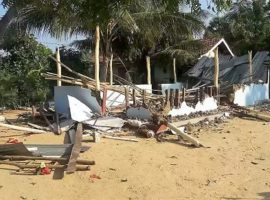 The leader of a Sri Lankan church destroyed by a mob earlier this month has vowed that the church will continue to meet. Kamal Wasantha, leader of the Kithu Sevana prayer centre, told Asia News, “No attack can stop us. We shall continue to meet and pray under a tree”. […] 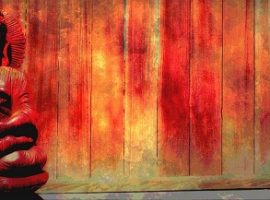 Image, ‘Buddha in front of wood fence,’ by Harminder Dhesi, 2010 CC License   Thanks to its promotion by figures from Hollywood (Richard Gere) and Silicon Valley (Steve Jobs), Buddhism in the West presents a ‘peaceful’ face. Yet Christians in Buddhist-majority Sri Lanka, as well as other minority religions, see things […]