Since the fall of Muammar Gaddafi in October 2011, Libya has been reduced to chaos, with Islamist groups filling the power vacuum left by the former dictator. It was in Libya in February 2015 that 20 Egyptian Copts and a Ghanaian were beheaded by the Islamic State group. Only a tiny fraction of Libya’s estimated 20,000 Christians are Libyans – most are migrants from sub-Saharan Africa. They are allowed to meet in churches, but Libyans are not. Migrants stranded in Libya are vulnerable to pressure and violence; Christian migrants are extra vulnerable. 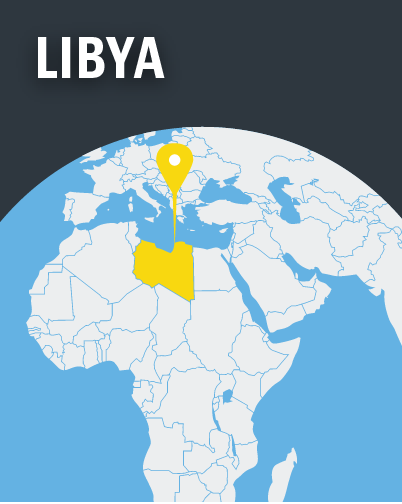 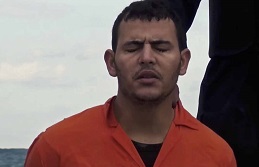 Libya has officially confirmed it has found the bodies of the 20 Coptic Christians beheaded by the Islamic State group in February 2015, reports Agenzia Fides. The 20 Egyptians and one Ghanaian were found close to where they were executed on a beach in the coastal city of Sirte, according […]

A Libyan man who converted to Christianity has been arrested in the eastern city of Benghazi, local sources have confirmed to World Watch Monitor. The man is accused of “proselytising on social media and denigrating Islam”. His arrest was announced on the Facebook page of a branch of Libya’s General […] 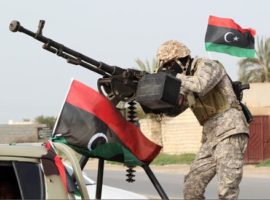 An anti-Gaddafi rally in Libya, 2011.Flickr / CC / Mojomogwai   It’s five years this month since Muammar Gaddafi’s government in Libya was overthrown when rebels stormed his compound and he went into hiding. However, despite high hopes, the ongoing anarchy there now makes it “one of the most dangerous […]

The Islamic State has released news that it kidnapped three African Christians in Libya, says Reuters. In a statement on social media, IS said the men are from Egypt, Nigeria and Ghana. The group published the men’s passport pictures for verification. They are believed to have been captured around 11 […]

Islamic State has kidnapped 86 Eritrean Christians in Libya, including 12 women, according to the Stockholm-based International Commission on Eritrean Refugees (ICER). The militants ambushed a vehicle carrying Eritrean refugees to Tripoli, before separating out the Christians from the Muslims by testing their knowledge of the Quran. Meron Estefanos, a […] 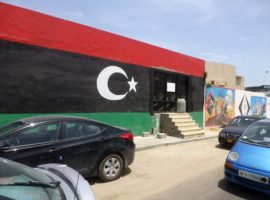 Since the fall of Muammar Gaddafi in 2011, Libya has been engulfed by conflicts between various coalitions of armed groups.Photo courtesy Open Doors International Migrants and refugees in Libya are increasingly facing widespread abuse and persecution on religious grounds, a report by Amnesty International has revealed. Foreign nationals travelling irregularly […]

Islamic State released a video on Sunday showing what is believed to be the execution of about 30 Ethiopian Christians in Libya. The 29-minute-long footage, in which the militants call Christians ‘crusaders’ who are out to kill Muslims, shows one group of men being beheaded on a beach and a […]

Libyan security forces have found the beheaded body of another Egyptian Coptic Christian, Egypt’s official Middle East News Agency reports. Discovered Mar. 2 on the outskirts of Mechili town in eastern Libya, the body was identified by his cousins as Mansour Saad Awad, who had been working at a poultry […]

Unidentified gunmen abducted an Egyptian working in a restaurant in the Libyan city of Sirte on Jan. 29. According to Middle East news agency Copts Today the colleagues of 26-year-old Christian Samir Sabri Masood, from Sidi Salem Kafr El Sheikh, Egypt, reported the kidnapping to the police after he was […] 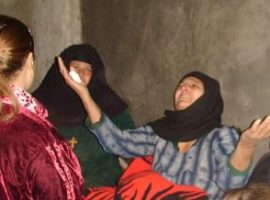 Coptic families in Upper Egypt’s Minya province await news on their kidnapped relatives in Libya, January 2015.Photo: Watani The kidnapping of at least 20 Coptic Christians in two separate incidents in December and January has been claimed by Libyan militants affiliated with the self-proclaimed Islamic State. Seven of the Christians […]