All Saudis are considered Muslims, and the legal system is based on Sharia, or Islamic law. There are no church buildings in the country; Christian services are held in secret places. Christians from Muslim backgrounds usually keep their faith hidden; several have been forced to leave the country after their newfound faith was discovered. Leaving Islam is technically punishable by death in Saudi Arabia, yet the number of Saudi Muslims becoming Christians is increasing. 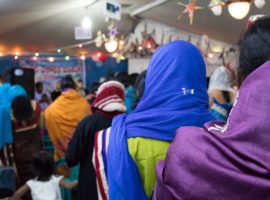 Emad Al Abdy, one of the leaders of the Saudi Christian Association, believes “there is no better time than now” for growth of Christianity in Saudi Arabia, despite the pressure on Christians, Mission Network News reports. Al Abdy who was jailed in 2014 for becoming a Christian, said there is […] School textbooks in Saudi Arabia still include content “promoting violence and hatred toward religious minorities and others”, according to the United States Commission on International Religious Freedom (USCIRF). Even though the Saudi government has been “engaged in textbook reform for the last 15 years”, a new study by USCIRF found […] Saudi Arabia has pledged to ban the “extremist ideologies” espoused by the Muslim Brotherhood from school curricula and books, and to dismiss staff who support the group’s views. In a statement released on Tuesday (20 March), the Minister of Education, Ahmed bin Mohammed al-Isa, said the ministry is working to […] As part of his first public trip abroad as the Crown Prince of Saudi Arabia, Mohammed bin Salman visited the UK and had a private meeting with Archbishop of Canterbury Justin Welby yesterday, 8 March, at Lambeth Palace in London. As part of his reforms to modernise his country, the […] The political landscape in the strict Islamic Kingdom of Saudi Arabia is changing, and quickly. A charismatic crown prince seems determined to modernise his country and even speaks of a shift towards a more “moderate” Islam. But will the changes taking place in Saudi also ease the situation for members […] Saudi Arabia’s Crown Prince, Mohammad bin Salman, says he wants to move his conservative Muslim country towards a more moderate version of Islam, but how serious is he about religious freedom? Speaking at a conference for investors in Riyadh last month the 32-year-old Crown Prince said the conservative version of […] 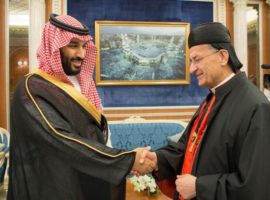 Saudi Arabia’s Crown Prince, Mohammad bin Salman, has reportedly announced plans to restore and re-open a 900-year-old church as a “gift” to the Lebanese Patriarch. The church is to be used as a centre for inter-religious dialogue, according to Catholic news agency Fides. The Maronite Patriarch, Bechara Boutros al-Rai, has […] Saudi Arabia has pledged to monitor preachers and jurists’ use of Prophet Muhammad’s hadiths (sayings) “to prevent them being used to justify violence or extremism”. Saudi’s King Salman has ordered an international council of senior Islamic scholars to scrutinise the hadiths. The Saudi Culture and Information Ministry promised on Tuesday […] 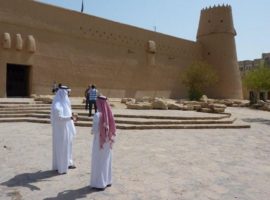