Egypt’s military court has handed death sentences to 17 people for carrying out bomb attacks on Coptic churches in 2016 and 2017, the BBC reports. The attacks, which killed dozens of people, were claimed by Islamic State. One of them was the bomb explosion in a chapel adjacent to the . . . Read More
September 28, 2018 Egypt Abdel Fattah el-Sisi, Copts, Egypt, Giza, Islamic extremism, Islamic State, Mohamed Morsi, Muslim Brotherhood, Pope Tawadros II 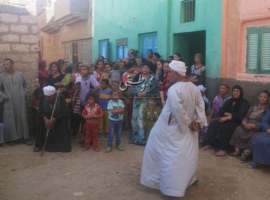 Egypt’s Coptic Christians have been nominated for the 2018 Nobel Peace Prize for choosing peaceful coexistence over retaliation in the face of persecution, reports the US-based news site PR Newswire. It is believed to be the first time in the 116-year history of the prize that an ethnic religious group . . . Read More
June 21, 2018 Egypt Cairo, Copts, Egypt, Islamic extremism, Pope Tawadros II, Women 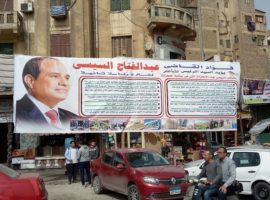 Walking around Cairo you would be forgiven for thinking that President Abdel Fattah el-Sisi was the only candidate running in the elections later this month. His is the only grandiose face bearing down on passers-by, while billboards of his rival, Mousa Mostafa Mousa, are nowhere to be seen. Egypt’s 26-28 March presidential elections have . . . Read More
March 6, 2018 Copts, Egypt, Mohammad bin Salman, Pope Tawadros II, Saudi Arabia Tomorrow, 15 February, will mark the third anniversary of the beheading of 20 Egyptian Copts and a Ghanaian Christian, carried out by IS on the Libyan coast. In remembrance of the 21 Christians, a new church is to be inaugurated in Upper Egypt’s Minya province, where the Egyptians came from. As . . . Read More
February 1, 2018 Egypt Churches, Copts, Egypt, El-Arish, Islamic extremism, Pope Tawadros II, Sinai Egypt’s Minister of Religious Affairs, Mokhtar Gomaa, has said that churches, as well as mosques, have the legal right to be protected. He said this in response to a controversy involving Sheikh Abdullah Roshdy, who in a TV show said Muslims should not “congratulate non-Muslims on their religious occasions that . . . Read More
January 15, 2018 Egypt Churches, Copts, Egypt, Islamic extremism, Islamic State, Minya, Pope Tawadros II A Coptic church in Minya, Upper Egypt, was officially allowed to open last week for the first time since it was built in 2015, and three months after clashes with local Muslims had forced it to close indefinitely. The Holy Virgin and Mar Girgis church in the village of Sheikh . . . Read More