Christians who come from a Muslim background live under high pressure. In Gaza, although Christians are largely tolerated by the militant Islamist party, Hamas, their rights are neither upheld nor protected, and it is almost impossible to build and register Protestant churches. In the West Bank, under the ruling Fatah party, Christians face more subtle forms of discrimination, but increasing Islamic radicalisation throughout society is making conversion to Christianity more dangerous. 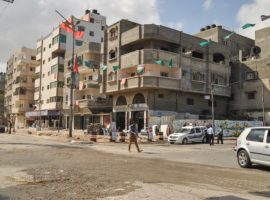 Reports that militants of the self-proclaimed Islamic State have entered the Gaza Strip through Egypt and the Sinai Peninsula have created fear among local Christians. Fr Mario da Silva told the Spanish Catholic news website ACI Prensa: “There is now a lot of fear with the news that the Islamic […] 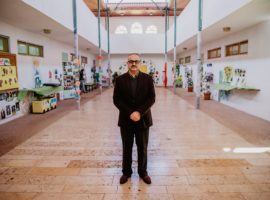 A Palestinian Christian father whose 12-year-old daughter was killed by Israeli soldiers has spoken about the ongoing conflict and his decision to forgive the soldiers who shot her, just over 15 years ago. Violence erupted once again at the weekend along the Israeli border with Gaza, leaving at least 16 […] 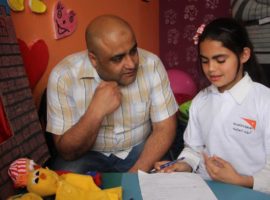 An Australian government review has found no evidence of allegations that an aid worker siphoned off millions of dollars to Hamas while he was working for a Christian charity, reports The Guardian. In August 2016, Israel accused Mohammad El Halabi, head of World Vision Gaza, of diverting millions of dollars a […]

When construction crews building a shopping centre in Gaza unearthed the ruins of what appeared to be a Byzantine church about 1,500 years old, local authorities did not halt the work to preserve the site. Instead, bulldozers continued in early April to prepare the site, wiping away the traces of […]

A Palestinian Christian family living in Israel’s West Bank and surrounded by Israeli settlements is battling to hold on to land they have owned for 98 years. Daher Nassar owns apple orchards that have been bulldozed under the protection of Israeli soldiers. When he asked them why, he was told by […]