In South Korea today, about a third of the population is Christian. This phenomenal growth (from just 2% before the Korean War) can be explained partly by social and economic factors. The 1950s were dark days, following that war. There was a sense of national emergency to rebuild the country and the Protestant work ethic appeared to encourage hard work as a way towards achieving worldly success. Some also saw this as a sign of God’s blessing. South Korea’s Christians face little pressure at home, but their humanitarian and missionary endeavours abroad have led to arrests in China’s border region with North Korea, and also problems in several Muslim-majority countries. In May 2017, two Chinese nationals were abducted and later murdered by the Islamic State group in Pakistan, which claimed they had secretly travelled there to work with a South Korean as missionaries. (Photo: Republic of Korea via Flickr; CC 2.0) 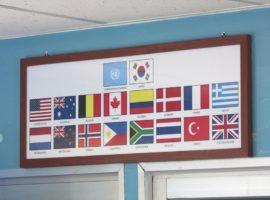 As the tension between the US and North Korea increases, the Korean Peninsula itself “is a powder keg ready to explode and cause another war”, warned Archbishop Hyginus Kim Hee-jong, president of the Catholic Bishops’ Conference of Korea, at an interfaith meeting in Seongju, South Korea, to commemorate the end […] 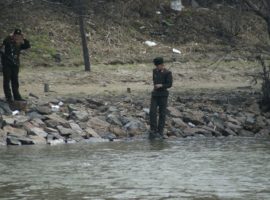 Two South Korean pastors have been arrested by Chinese police for giving protection to North Korean defectors in China, reports the South Korean news agency, Yonhap. The anti-North Korean campaign group, Justice for North Korea, said that the two pastors were helping defectors at risk of being repatriated. The pastors […]

Thirty-two South Korean missionaries were expelled from China’s border region with North Korea last month, reports The Guardian. The 32 were based in China’s north-eastern Yanji region and many of them had worked there for more than a decade, South Korean media have reported. South Korea’s foreign ministry says it has […]

Church leaders from North and South Korea have stressed the importance of dialogue between the two countries’ Christians for brokering peace. At a conference last week, church leaders from both nations agreed that a new peace treaty must be drawn up to replace the “insufficient” Armistice Agreement of 1953. The […] 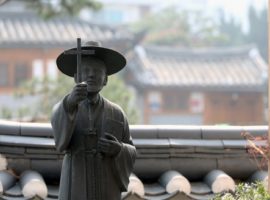 On 15 August 1945 the Korean peninsula was divided along the 38th parallel: Russia and Japan to temporarily administer the North, the USA to administer the South. This arbitrary division of Korea exactly 70 years ago has resulted in the very different halves of the peninsula we see today – […]