In 2015, then-President Yahya Jammeh declared the West African country an Islamic republic, on the grounds that Islam is the religion of most citizens. Since taking office in January 2017, The Gambia’s new president, Adama Barrow, has pledged reforms, including removing laws which violate freedom of religion. The government is fighting the rise of radical Islamic groups, and many Christians live in fear and face societal discrimination. Christian families are rarely free to conduct their family life in a Christian way, and great pressure is put on those who convert to Christianity. (Photo: Kevin Sharp via Flickr; CC 2.0) 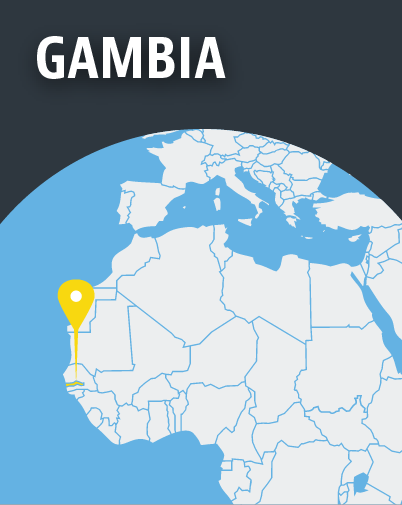 The Gambia, a tiny nation on Africa’s North Atlantic coast, is considering a new constitution. Prominent Christian voices in the country say there is a lot to like in the draft, and one big thing to worry about: It does not explicitly define majority-Muslim Gambia as a secular state. […]

The Gambia’s new president, Adama Barrow, has pledged reforms, including removing laws which violate freedom of religion. In December 2015, ex-president Yahya Jammeh had declared the West African country an Islamic republic, saying the decision was made because Islam is the religion of most citizens, raising fear among Christians and […]