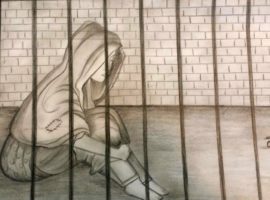 The 2017 Freedom of Thought Report, presented yesterday (5 December), should be alarming “to all who care about freedom of thought and expression”, as it shows “a pattern of regression on a global scale”, says its editor, Bob Churchill. The report, published by the International Humanist and Ethical Union (IHEU) . . . Read More
January 30, 2017 The Gambia Adama Barrow, Islamic extremism, The Gambia, West Africa, Yahya Jammeh
The Gambia’s new president, Adama Barrow, has pledged reforms, including removing laws which violate freedom of religion. In December 2015, ex-president Yahya Jammeh had declared the West African country an Islamic republic, saying the decision was made because Islam is the religion of most citizens, raising fear among Christians and . . . Read More