The Kim dynasty, which has ruled North Korea for three generations, are worshipped like gods, and any suggestion that there is a higher authority than the nation’s leader, Kim Jong-Un, is immediately crushed. Tens of thousands of Christians are incarcerated in labour camps. Thousands more keep their Christian faith a complete secret, even from their families. Imprisonment, torture, and death are the potential risks – not only to oneself, but to one’s family – of deciding to be a Christian in North Korea. 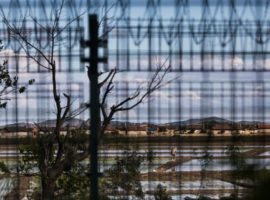 As the leaders of North Korea and the United States are scheduled to meet in Vietnam for a second round of denuclearisation talks, North Koreans continue to flee human rights abuses and increasing food shortages. As with the first round of talks, the conditions that make North Korea the toughest […] As North Korea prepares to celebrate its 70th anniversary this weekend with a military parade and “Mass Games”, its population lives in perpetual war (the 1953 Korean War has never officially ended), under government surveillance and with a propaganda machine controlled by the national leader’s personality cult. The reality is […] North Korea has called on the United States to stop its “anachronistic human rights racket” as talks continue between the two countries, AP reports. The US House of Representatives recently promised that “complete, verifiable, and irreversible human rights improvements” in North Korea were a necessary part of any deal, while […] 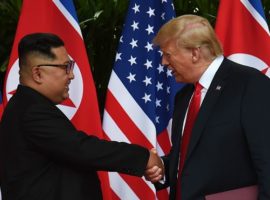 North Koreans were “betrayed” by the failure of US President Donald Trump to include human rights provisions in his agreement with the country’s leader, Kim Jong-un, following their historic meeting in Singapore, according to Human Rights Watch’s Asia Director, Phil Robertson. “The North Korean people have suffered for so long,” […] 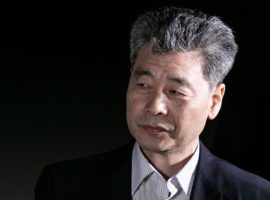 One of the American citizens who was released by North Korea and returned to the United States last month, was told by his captors he was detained because of the “hostile act” of prayer. Kim Hak Song was arrested on a train from North Korea’s capital Pyongyang to China in […] Three American citizens released yesterday by North Korea were welcomed home by US President Trump as they arrived at the Andrews Air Force base near Washington DC early this morning (10 May). “It’s like a dream and we are very, very happy,” Kim Dong-chul, a pastor in his early 60s, told […] What North Korea’s leader seeks from the international community is appeasement and not peace, let alone the freedom of his own people, a North Korean escapee says. “True peace will have to come alongside freedom of faith, belief, expression, speech for North Korean people,” said the former citizen of North […] Three American citizens detained in North Korea seem set to be released ahead of a meeting between the two countries’ leaders next month. The BBC reported that the three men had been “relocated to a Pyongyang hotel and are receiving good food and medical care”. US President Donald Trump tweeted […] A North Korean Christian woman has revealed the horrors she experienced in ten different prisons before successfully fleeing the country. Hea Woo*, once one of an estimated 200,000 prisoners held captive in North Korea, described to Christian Today the conditions in the prisons she stayed in as a “living hell”. […] Every year, for the birthdays of North Korea’s Kim dynasty founder, Kim Il-sung, and his son and successor, Kim Jong-il, John Choi* would receive a large pack of sweets from his parents. So would all his primary-school peers. However, before unpacking his present, John was told to follow the ritual […]