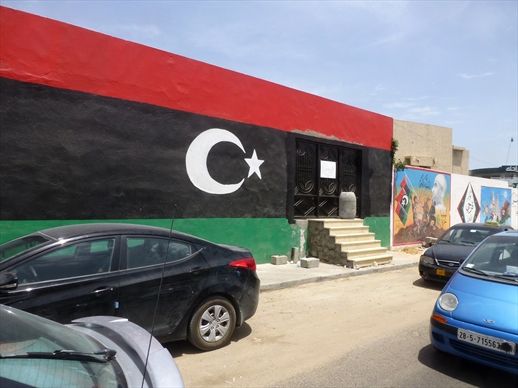 Since the fall of Muammar Gaddafi in 2011, Libya has been engulfed by conflicts between various coalitions of armed groups.Photo courtesy Open Doors International

Migrants and refugees in Libya are increasingly facing widespread abuse and persecution on religious grounds, a report by Amnesty International has revealed.

Foreign nationals travelling irregularly to and from Libya face abuses, including abductions for ransom, torture and in some cases rape and other forms of sexual violence, at all stages of the smuggling routes running from West and East Africa toward the Libyan coast, according to the report, ‘Libya is full of cruelty‘, published May 11.

Christian migrants and refugees from Nigeria, Eritrea, Ethiopia and Egypt are particularly targeted, the Amnesty report said. They are subjected to abductions, torture, theft and physical assaults by criminal gangs and people smugglers, in addition to abuses by armed groups such as the self-proclaimed Islamic State and Ansar al-Sharia.

A man whom Amnesty International identified as Charles, a 30-year-old Nigerian, recounted how he was abducted and physically assaulted a number of times by members of a criminal gang in the coastal city of Zuwara.

“In Zuwara, sometimes young men would come to our house to steal our money,” he is quoted in the report as saying. “They would come with guns. As a black man, I cannot go to complain to the police. I went to complain at the police station twice but they did not believe me.”

Charles relocated to Zuwara from Tripoli in July 2014 in search of safety from indiscriminate shelling and fighting between armed groups in residential areas of the capital. Instead, he said he experienced abuse and persecution.

Another Nigerian migrant who also fled Tripoli, but whom Amnesty International did not identify, spoke about the religiously motivated harassment and discrimination he faced in Zuwara.

“Libya is full of cruelty. It is not hospitable to foreigners, especially to black men. They see us as slaves,” the man is quoted in the report as saying.

“Libya is a country where Christians shouldn’t come. Any Libyan boss will ask you if you are Muslim or Christian. If you say you are Christian, then you are in trouble. He will not pay you. He will beat you more if you complain about anything.”

Chaos and lawlessness are the root causes of the increased xenophobia against foreign nationals, according to the report. Since the fall of Muammar Gaddafi in 2011, Libya has been engulfed by conflicts between various coalitions of armed groups. The country is split between an internationally recognised government and rival groups contending to power.

The rise of armed groups, which have pledged allegiance to Islamic State, has further exacerbated risks faced by religious minorities in Libya, the Amnesty International report said.

Recent videos purporting to show the summary killing of at least 28 Ethiopians Christians and mass beheading of 20 Coptic Christians and one Ghanaian have drawn the world’s attention to some of the serious human rights abuses and violations of the laws of war, perpetrated with complete impunity, the report said.

Widespread abuses and lawlessness are pushing hundreds of thousands of migrants, asylum seekers and refugees to risk their lives by attempting to cross the Mediterranean Sea to Europe. More than 1,700 people have died so far this year, said Amnesty International, which also called for more protection.

“As more people are drowning in the Mediterranean Sea, the priority for the international community must be to dramatically expand search and rescue operations and take effective steps to urgently address human rights abuses and serious violations of international humanitarian law in Libya,” the report said.

Amnesty also called on Tunisia, Egypt and Algeria to keep their borders open to anyone needing international protection, regardless of whether they have valid travel documents or meet visa requirements.