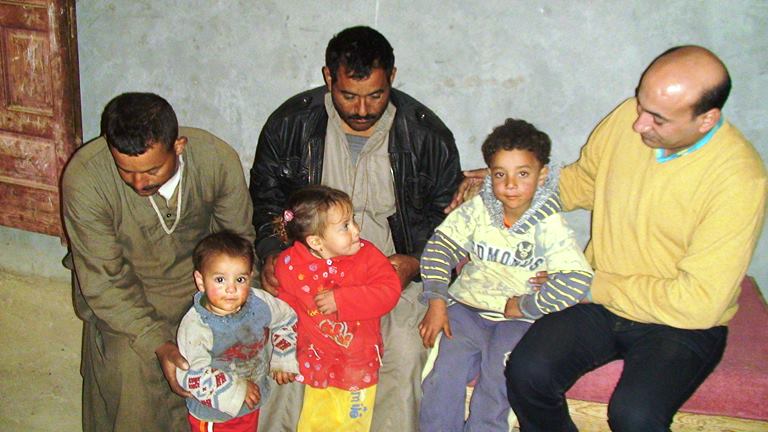 The kidnapping of at least 20 Coptic Christians in two separate incidents in December and January has been claimed by Libyan militants affiliated with the self-proclaimed Islamic State.

Seven of the Christians were abducted on Dec. 29 while driving by car back to Egypt from the coastal city of Sirte, currently under the control of the Libya Dawn alliance of Islamist militants. Another 13 Copts were seized Jan. 3 in Sirte by armed men who raided the building where they lived. The attackers checked the men’s Egyptian I.D. papers, taking hostage those who were Christians and letting the Muslims go free.

“We were afraid to go out because we might be targeted,” said Mila Ishak, 27, who had been living in the same housing compound in Sirte as the kidnap victims. At about 2:30 a.m. on Jan. 3, he told World Watch Monitor, he received a cell-phone call from a friend who occupied a room in an adjacent building.

The friend, Ishak said, “called me again and with fear and a low voice,  told me that they were able to break the door of the room beside his room, and had abducted all their six friends who were inside the room.” Ishak said the intruders tried to break into the room from which his friend was calling, but gave up and left.

Then the intruders entered the building where Ishak lived. He said he heard one of them command another resident of the building, who was up at that hour, to “show them the rooms of the Christians in the building,” and to rouse the men sleeping inside. The man pounded on the door where seven men, all Christians, were sleeping.

“I was hearing everything,” Ishak said. “One of the seven residents of the room . . . awoke and opened the iron door of the room. They entered the room and abducted all of them too.”

Next, he said, came the pounding on the door to his own room. But as there were only three pairs of shoes outside his door, compared to the seven pairs outside the first room, one of the intruders said “leave them. That is enough. Let’s go.”

Ishak said he and 10 others paid a Libyan smugger to get them back into Egypt on Jan. 5.

Photos of all 20 kidnapped Copts were posted on an official IS website on Jan. 12. Their faces have all been identified by relatives in their home villages in Upper Egypt’s Minya province. None of the families have been contacted by the kidnappers. Although Egyptian officials say they are communicating with the Libyan authorities, the government has only confirmed that the men are still alive.

“Two weeks (have) passed since the time of their abduction and the foreign ministry hasn’t done anything to help us,” said Hany Adly, whose brother, Gaber, was among the seven men abducted Dec. 29.  “We haven’t seen any positive step from them.”

As many as 1.5 million Egyptian workers remain caught in the chaotic fighting between warring factions in Libya, where an internationally recognized government in Tobruk in the east is locked in conflict with a rival government in Tripoli in the west. On Jan. 25, the Ansar al-Sharia group based in eastern Libya confirmed the death of its leader, Mohammad al-Zahawi, injured last October while battling government troops in Benghazi. Militias allied with Tripoli accuse Egypt of supporting the Tobruk side, although Cairo denies military involvement.

But Egypt’s Coptic Christians have been particularly targeted recently. On Dec. 23, two Coptic doctors in Sirte were shot to death in their home in front of their two small children. Their teenage daughter’s bullet-riddled body was found in the desert several days later.