Fears that ‘Islamic State’ once again threatens the lives of some of the Middle East’s largest Christian population have emerged again, after the radical militant group killed an Egyptian Coptic businessman who’d funded the construction of the only church in his north Sinai village. The death of 62 year old Nabil Habashy Salama was reported last week, but new points are worth emphasis.

Salama was ambushed, then abducted at gunpoint in a hijacked vehicle on the eve of 7 Nov, 2020 as he was on the street for a local errand in his village Bir-al-Abd. In the scuffle, as Nabil tried to fight off his three armed, unmasked attackers, he dropped his mobile phone. It was later retrieved by passers-by and returned to his family. This small detail has some significance, as reported below.

Nabil had been splitting his time between the village and El-Arish, a city about 68 miles east along the Mediterranean coast towards the border with the Gaza strip.

Five days after his abduction, on 12 Nov, his son Peter received a call from those holding his father. They allowed him to speak to Nabil, but said they needed 2 million Egyptian pounds (US $127,550 or GBP 91,2000) – not as hostage ransom but as a ‘jizya’ tax from the remaining Copts in the village – if they wanted to see Nabil return.

The kidnappers gave Peter 48 hours to collect the money. However, it then increased to 5 million Egyptian pounds (approximately US $321,000 or GBP 230,000) with an order that the Coptic Bishop, Cosman, would be given time to gather the money from all the local Christian families.

When, after some time, the kidnappers called him again, Peter said they had not been able to collect the amount of ‘jizya’ demanded. At this, the caller threatened that the group would kill Peter and his brother Fady, as well as their hostage father. Hearing this, the police asked the brothers to leave the local area, as they could not guarantee their safety.

On 1 January, shortly before Orthodox Christmas, under the stressful anxiety of fearing every day for their father’s life, the brothers now felt forced to leave everything behind and uproot their families to move.

Even then, there was another call: “We know where you are; we know everything about you”.

The last call came at the end of February “That was the last time I was able to speak to my Dad; we didn’t hear anymore after that” Peter told World Watch Monitor.

On Sunday 18 April , the day that Islamic State in Sinai posted the video – in which Habashy and two other Sinai tribesmen are killed – to its Telegram channel, the video was sent ‘at the first hour of dawn’ to the family, to their utter shock and horror. Again, threats against the two brothers’ lives accompanied it.

And those death threats have not stopped coming, even into this past week as the family grieved.  (Habashy also left a daughter Marina).

But one of the most disturbing aspects of the ‘announcement’ of the death of Nabil Habashy Salama is that it was often accompanied by a picture of him, apparently repairing the wall of his church building, a smile on his face. He looks pleased and content as he writes. At least one media outlet credits Nabil himself for the photo. But Peter had never seen it before – it did not belong to the family’s now-treasured collection of photos of their father. Peter told World Watch Monitor he believes the photo was taken by someone who’d been watching their Dad’s movements, perhaps even one of his kidnappers, if not killers. And for that reason, the family is acutely on edge, aware that the extremist militia who killed their dad have their phone number and continue to issue death threats.

Under traditional Islamic law, jizya(h) is a tax per head paid by non-Muslims only to the authorities. According to Definition.net “From the point of view of Muslim rulers, jizya was…proof of the non-Muslims’ acceptance of subjection to the state and its laws. In return, non-Muslims were permitted to practice their faith, to enjoy a measure of communal autonomy, to be entitled to the Muslim state’s protection from outside aggression, and to be exempt from military service and the zakat taxes obligatory upon Muslims”.

When the jihadists captured Mosul and its surrounding plain in June 2014, they reinstated the traditional Islamic ultimatum to Christians: convert, pay jizya, leave or be killed. Since then, occasionally hard-line Muslim clerics have called for its re-imposition on Christians.

In 2012, Bishop Cosman said that, of about 4-500,000 people in his diocese of North Sinai – an area 200km long and 127km – there were only about 740 Christian families (c.3,000 individuals) so they were pretty scattered. To compare, over 2,000 Christian families then lived in the urban Cairo district of Hadayak al-Maadi.

In 2017, in just three weeks between January 30 and February 23, eight Coptic Christians were killed by Islamist militants. This prompted an exodus of about 350 families from El-Arish to other cities such as Port Said, Ismailia and even other parts of Egypt.

“The majority of the Christian families fled El-Arish, after they felt they were targeted by those militants, their lives were in danger, and there wasn’t any protection for them. Police were focusing efforts on protecting the entry points to the city and police presence inside El-Arish is not as dense as it is around it.”

In addition to targeting Christians and state security forces, the insurgents in November 2017 opened fire on Sufi Muslims (who Islamic State believe to be heretical) be praying in a Bir al-Abd mosque, killing over 300.

However, the Egyptian army operation to regain security control across Northern Sinai has been very heavy-handed and even criticised by Human Rights Watch for human rights abuses.
It says the military has effectively banned independent reporting from North Sinai and has prosecuted and imprisoned several journalists who covered events there.

A Copt activist told WWM: “Accountability about the failure of security plans is an urgent necessity, and the protection of Copts is a social, moral and humanitarian responsibility. What Copts need today are actions without words and not promises without action.

“These murders of Christians nowadays are an ongoing scheme amidst a media blackout and that is not separated from the previous murderous crimes against Copts for years. The deadly hands are one and the same.

“Those perpetrators haven’t been punished for their previous crimes. Leaving with impunity Islamic extremists who target and kill Copts for their religious identification drives them and others to increase targeting of Copts and killing them for their faith in Jesus Christ.

“This continued failure to protect the Copts is not justified, especially after the imposition of the state of emergency, amendments to the laws of terrorist entities and criminal penalties and procedures.”

Previous incidents when Christians were targeted in N. Sinai 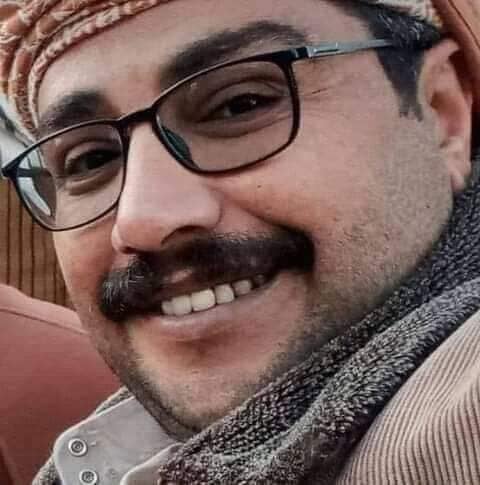 3 March 2021: ISIS members stopped the car of Sobhy Samy Abdul Nour, 40, (from Jazeerat Masoud village, El Husseiniya, Sharqia Governorate), 500m from the police checkpoint in Balouza village at the entrance to the North Sinai Governorate. The extremists shot him dead as soon as they found out that he was a Christian, then seized his car, ID card and mobile and threw his body onto the road before fleeing.
His funeral was held at Saint Mark Coptic Orthodox Church in El Husseiniya city on 4 March 2021; he was buried in the family cemetery in Jazeerat Masoud village.

18 Jan, 2019: Armed militants kidnapped a 55 year old single man, Adeeb Nakhla Yassa, who was on a microbus on the coastal road to Arish city. Some 50 km west of the city, it was stopped by a group of armed men who boarded it and began checking the identity of the passengers, looking for police and military recruits or Christians. When they found out that Yassa was Christian, they ordered him to disembark and carried him off in a four-wheel drive vehicle. They let the bus continue its journey. Once the passengers reached their destination, they informed the police who in turn told Adeeb’s relatives.

May 2016. An employee in the Directorate of Health in North Sinai, Misak Nasrallah, was returning home on the workbus with colleagues. Masked men stopped the bus at gunpoint and asked if there was a Christian among the passengers. His Muslim colleagues asked the only Christian not to speak. They said ‘No, all of us are Muslims’. But Misak refused to deny Christ and said ‘Yes I’m a Christian’ showing them the cross on his right wrist. They took him out of the bus, said ‘You don’t deserve to live because you are Kaffir’ and shot him with 14 bullets, killing him instantly.