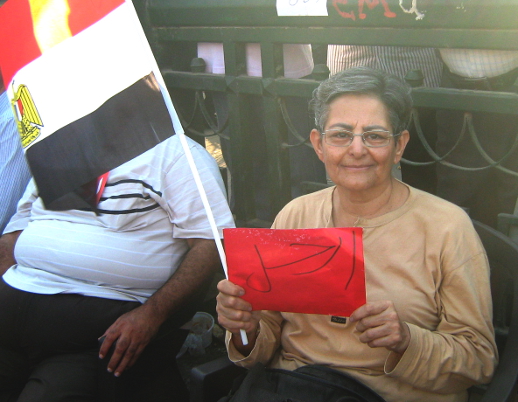 Hebatalla Safwat Ghali in Tahrir Square. “As a Coptic I present my Christian love of my country. I care about my people’s worries.”World Watch Monitor

The answer depends on who you ask among the thousands of Egyptians who have swarmed the streets across the country since Sunday (June 30), either to force President Mohamed Morsi out of office, or to support him.

“Now we’re seeing the revolution being threatened,” a member of the Muslim Brotherhood, among the many forming ranks around Morsi, was quoted as saying yesterday by The Guardian.

World Watch Monitor spoke with a number of Christians amid the throngs of protestors. Their view: It is the Muslim Brotherhood that has hijacked what was supposed to be a new, pluralistic Egypt emerging from the January 2011 overthrow of Hosni Mubarak.

“I am depressed because we were not expecting that,” said Amgaed Fahmi, who runs a Cairo import business. “I participated many times in the Jan. 25 revolution. I had a dream of changing, and suddenly the Brotherhood stole the revolution.”

The Christians who spoke with World Watch Monitor this week described themselves as Egyptian patriots tired of economic decline, corruption and a government dominated by Islamists they say have abandoned the original intent of overthrowing an autocratic regime. 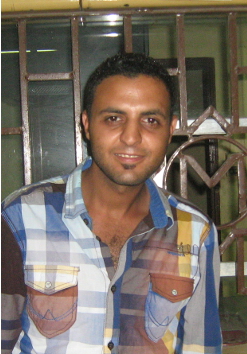 “I’m participating today to remove the corrupt system,” said Shenoda Danil, a taxi driver from an area south of Cairo called 15th of May City. “Our situation has become worse. The Brotherhood are thinking only of themselves. They do not know and do not do anything for the people. They divided our society into Muslim and Christian.

“The Brotherhood stole the first revolution,” Danil said. “This is unfair, and an injustice.”

Hebatalla Safwat Ghali , a French professor at Cairo University, spent weeks among the 2011 demonstrators in Tahrir Square, the epicentre of the uprising that toppled Mubarak. On Sunday she was back in the square, among tens of thousands of anti-government protesters.

“I am here at el Tahrir because first, I am Egyptian, I am a part of this people,” she said. “Second, as a Coptic I present my Christian love of my country. I care about my people’s worries.

“I have compassion for all Egyptian people. I reject all kind of unfairness to all the people, not only the Christians. We will keep at our revolution until we achieve the three values of social justice, freedom and human dignity. The situation has become worse, but we will keep on until the end,” she said.

“The Brotherhood,” she said, “is trying to kidnap our country.”

Mekheel Aziz Karyakos, a priest at Mar Gerges Coptic church in the Shobra district of Cairo, said he had a duty as a Christian leader to take part in Sunday’s demonstrations. 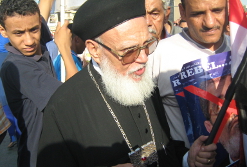 “It is so important for me to be here because I am an Egyptian and Coptic, and also because I am a leader and I have a responsibility,” he said. “Egypt is so great to us and the Brotherhood is trying to steal it. They are stealing the future of . . . our people.”

Some of the Christians in the streets said they were moved to protest by more workaday concerns about Egypt’s crumbling economy and basic law and order.

“This is my country and I am worried about my future,” said Shady Abdel Massieh, 27, who works as a surveyor. “Morsi does not do anything. There is no gas, electricity, no security, no jobs. The situation is so bad. He and the Brotherhood have divided the country.”

Anti-government protesters continued to pack Tahrir and public spaces throughout Cairo and in other cities across Egypt on Tuesday. Morsi supporters bolstered their own numbers in several Cairo locations, and Brotherhood officials urged supporters nationwide to prepare to fill their own streets. Tensions continued to rise as the final hours passed before a military-dictated deadline for Morsi to reach a deal with the opposition.

Dozens have been killed in sporadic clashes before and since Sunday’s outpouring of protest.

“Today we got back our Egypt.”

The mood on Tuesday in the streets around el Etehadeya Palace in the Heliopolis district was lighter. The crowd was buoyed by the military’s ultimatum to Morsi, widely received as an endorsement of the protesters, who sang patriotic songs and painted Egyptian flags on the cheeks of children, while military helicopters tossed small flags out of their aircraft to the people below.

“As a Christian, I felt extremely marginalised since [Morsi] came to power,” said  Manal Selim, part of the ebullient crowd surrounding el Etehadeya. “He made a series of fatal mistakes that shredded our society, starting with ordering an unqualified committee to draft the constitution, which totally ignored our participation,” she said. “He must leave.”

Two friends, one of them wearing a cross and the other the Muslim hijab, spoke with optimism.

“Today we got back our Egypt,” one of them told World Watch Monitor. “For a year, they have been trying to put us on the verge of civil war, but today we proved this impossible. We want a civil country, with a new civil president who can improve our life conditions and maintain our security and stability.”