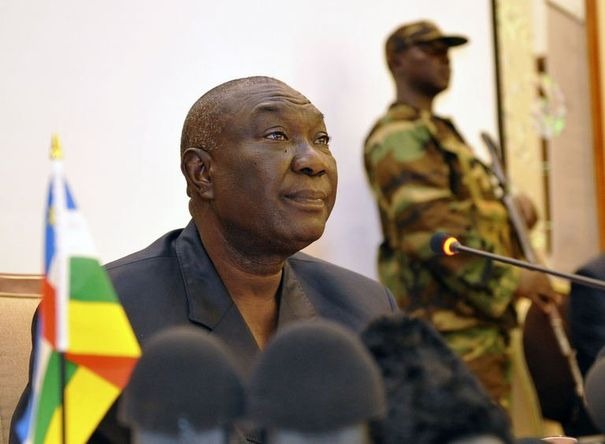 The order for Rev. Nicolas Guerékoyamé’s arrest seems to have come straight from the very top.
President Michel Djotodia, pictured, seized power in a coup in March.Crispin for World Watch Monitor

The already fragile situation for Christians in the Central African Republic (CAR) may be worsening.

On Tuesday (August 6), the leader of the country’s evangelical churches, Rev. Nicolas Guerékoyamé, was arrested for comments about the government. He was released a few hours later.

Local media reported that Guerékoyamé, who is president of the CAR’s Evangelical Alliance, was questioned about remarks during a sermon in Bangui, the capital, on August 4.

His comments were reportedly considered “excessive and extremist… striking a blow at the dignity of the Head of State and at the Institutions of the Transition”.

However local sources, which remain anonymous for security reasons, said his arrest was linked to the publication of an article in which he inferred that the citizens of the CAR are being treated like slaves. 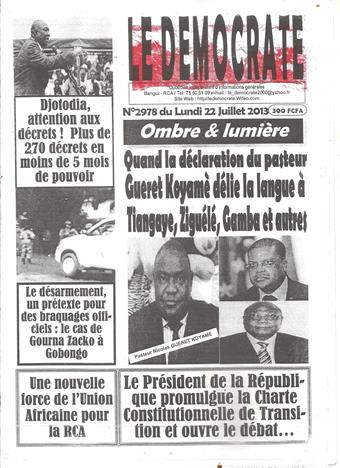 Rev. Nicolas Guerékoyamé suggested in this journal that citizens of the Central African Republic are being treated like slaves.Le Démocrate

In the July edition of Le Démocrate, the pastor called the CAR “another island of Gorée”, an island off the coast of Senegal which was a hub during the slave trade of the 19th Century.

The pastor added that he blamed the present government for the continued prevalence of theft, rape and murder, despite a recent plea by religious leaders and assurances by the President that security and stability was improving.

Guerékoyamé is a member of the National Transitional Council (NTC), an acting parliament set up following the March military coup in which the Séléka group overthrew the regime of François Bozizé. Local media said Guerékoyamé’s immunity as a member of the NTC had not been respected.

Our local source understands the order for the pastor’s arrest came from acting president Michel Djotodia, whose motives in overthrowing the previous government have been questioned before.

In May, World Watch Monitor revealed that Djotodia declared in a letter his desire to turn the Central African Republic into an Islamic republic.

In the letter, Djotodia introduced himself as the defender of the Muslims’ cause in Chad and the Central African Republic, claimed the two countries “have no respect for us” and asked for support from his [Muslim] “brothers”. 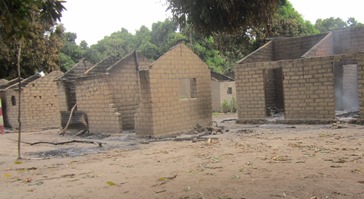 A group of senior bishops in response wrote to Djotodia, raising concerns about his past and asking him to speak out against the suffering inflicted by his Séléka guerrillas. “Why shouldn’t you condemn [Séléka’s members]? Until when would you keep silent?” they wrote.

In June, Christian and Muslim leaders together condemned the continued violence enacted by Séléka. The Bishop of Bangassou, Juan José Aguirre Munos, said that without action, the country was “likely to explode”.

The International Federation for Human Rights reported at the time that Séléka had been accused of murdering more than 400 people since coming to power.