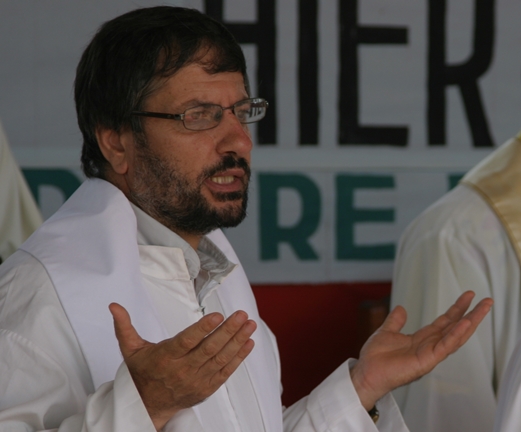 Fr. Beniamino Gusmeroli was attacked by armed men on Friday.ACN

Two Catholic clerics in the Central African Republic were bound and robbed by armed men on Friday, Sept. 27.

Their rooms were ransacked and valuable items stolen.

The incident took place in the mission of Our Lady of Fatima Bouar, in the northwest of the country. Gusmeroli, an Italian missionary from Valtellina, released a statement to World Watch Monitor describing their three-hour ordeal.

According to the statement, it began about 10 p.m., when a group of men in military uniforms and carrying Kalashnikov rifles forced the mission’s night guard – whose hands were tied behind his back – to show them to the bedroom of Fr. Mengue, where they took everything they could: money, computers and other valuable items such as his passport.

Fr. Gusmeroli was also robbed and had his bedroom ransacked.

“I was sleeping when around 11 p.m., I heard a knock at the door. I went out and I found myself with a Kalashnikov pointed at my nose,” Gusmeroli said in the statement. “I tried to keep the gunman calm, but he began to threaten me. The only French words he knows are ‘l’argent’ [money] and ‘Je vais vous tuer’ [I will kill you]. After a few kicks I was forced to sit in the chair next to the bed where they had me tied up with adhesive tape at three points: mouth, eyes and ears.”

“Christians have paid massively and continue to pay with their lives, property and dignity for the evils of Séléka.”

This kind of attack, targeting church clerics, is the second in recent days. CAN News reported that Fr. Aurelio Gazzera, an Italian priest who works in Bozoum, was beaten by members of Séléka, when visiting a rebel base on Sept. 16 to ask for the release of captives.

Séléka rebels took power in March, and have waged numerous acts of violence against civilians across the country, frequently though not exclusively targeting Christians and their churches, businesses and homes.

Bossangoa, 250 kilometres north of the capital Bangui, was the theatre of violent clashes between Séléka rebels and vigilante groups formed by civilians exasperated by their attacks. Officially, 100 people have been killed and more than 30,000 others have sought refuge in the diocese of the city. 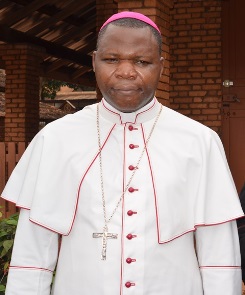 In an address during mass on Sept. 29, the Archbishop of Bangui, Mgr. Dieudonne Nzapalainga, warned that interfaith confrontation would be suicidal for the country.

“This rebellion has brought doubt and mistrust in relations between Christians and Muslims. It has shaken the roots of mutual trust that characterised our life together, once harmonious and smooth,” he said. “Christians have paid massively and continue to pay with their lives, property and dignity for the evils of Séléka.”

Nzapalainga said many Muslims had also suffered at the hands of Séléka.

On Sept. 13, Central African Republic President Djotodia announced the dissolution of Séléka, which had brought him to power in March.