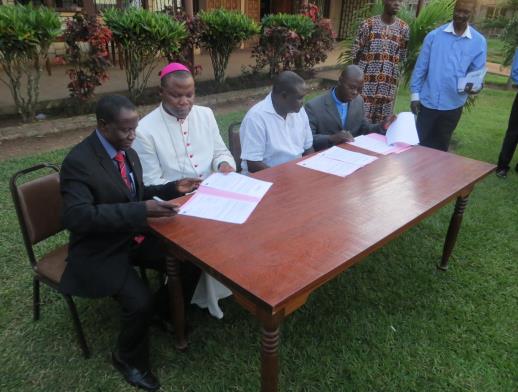 The leaders of the Central African Republic’s 4 million Christians have issued a joint plea for military help to disarm a largely Muslim insurgency and prevent “genocidal interfaith civil war”.

Rebels under the banner of Séléka tossed out President François Bozizé in March, forcing him to flee the country. Human-rights watchdog groups say that in the seven months since, rebels have killed hundreds of people and have driven tens of thousands from their homes, many of which have been looted and burned.

Doctors Without Borders said on Oct. 16 that a renewed wave of violence this month has displaced about 30,000 people in the northwest region of the landlocked country, at the heart of the continent.

The church leaders’ “Bangui Declaration” urges the international community to “fly rapidly to the rescue, to prevent the country from falling into the hands of extremists and religious fanatics”. They said security units provided by neighbouring countries are ineffective and urged the UN to send a more robust, multinational force.

The delegation to Bangui contained representatives of all Catholic and Protestant denominations in the country. Their declaration was signed by four representatives: Rev. Franco Mbaye-Bondoi, general secretary of the Evangelical Alliance of Central Africa;  Rev. Nicolas Geurekoyame-Gbangou, president of the alliance; Mgr. Dieudonné Nzapalainga, the Catholic archbishop of Bangui; and by Abbot Cyriaque Gbate-Doumal, general secretary of the Episcopal Conference of Central Africa. 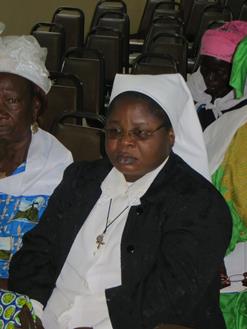 Representatives from all known denominations were present.World Watch Monitor

After signing it, the four handed the document to the organiser of the conference, Open Doors International, a global ministry that provides support to Christians under pressure because of their faith.

About 85 per cent of the Central African Republic’s five million people are Christian.

“In this situation, Christians are specifically those the most affected,” the joint statement said.

The Muslim-dominated Séléka coalition seized several northern cities in December. In March it concluded that a power-sharing agreement with the government had collapsed, and it moved into Bangui, driving out Bozizé.

The clerics’ declaration said that in response to the Séléka advances, “vigilante groups have been formed in the north and northwest to defend themselves”. This has only accelerated the spiral of violence, they said.

“These groups are subsequently attacked by the Muslim populations in these areas,” the declaration states. “This phenomenon is spreading throughout the country. In retaliation, elements of the Séléka have begun a genocidal response.”

The declaration notes the presence of Arabic-speaking mercenaries from Chad and Sudan among the insurgency, and that abuses have been reported in neighbouring countries, raising the prospect that Séléka could “set ablaze the sub-region”.

In their joint statement, the clerics demand “immediate deployment” of UN-directed international force “with the mission to disarm the armed forces and secure the civilian population”, as well as restoration of the national armed forces.

They also asked for humanitarian aid to affected areas, and for the creation of a transitional government to craft a new constitution and prepare elections, though members of the transition would be ineligible to run for office.