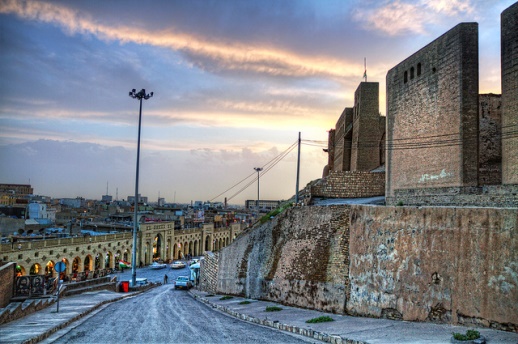 The Kurdish capital of Erbil is one of a number of cities where bombings have left Christians feeling unsafe.Tom Blackwell / Flickr / Creative Commons

An increase in violence against Christians in northern Iraq has increased the flow of Christians leaving the country.

The north, generally considered a relatively safe area of the country, had become home for many Christians fleeing from the tumultuous central and southern regions.

However, several bombings in the north in recent months have caused panic among the Christian community.

On September 22, a suicide bomb went off outside the home of Christian politician Emad Youhanna in Rafigayn, part of the Kirkuk province, injuring 19 people, including three of Youhanna’s children.

Several bomb attacks have also taken place in the northern city of Erbil, for which Al-Qaeda claimed responsibility.

In early September, Christians in the village of Deshtakh complained that they were facing harassment from local police.

A group of Christian young people said that policemen told them that they “should not be in Iraq because it is Muslim territory”.

Violence in the south of the country is also escalating. Church leaders in Baghdad say that there are attacks on Christians every two or three days.

A spokesperson for Open Doors, a Christian charity which supports Christians under pressure for their faith, said that although many Christians are still choosing to stay, the fear is that if the violence continues, they may decide they have little choice but to leave.

“It remains urgent to pray for the future of Christianity in this country,” he said. “If the present trend continues, there might be no Christian left in the whole of Iraq by 2020.”

Some commentators look back to December 2011 as a turning point for Christians in Iraq, following a number of attacks on Christian-owned shops.

Since that time, the violence against Christians in the Kurdish north has increased, with Christians being kidnapped and killed in an area once considered relatively safe.

In March 2012, an American teacher was killed in Sulaymaniyah, which provided another shock for the Christian community.

Meanwhile, the local Kurdish government has discussed ways to monitor Christian activities and accused many English teachers from the West of being Christian missionaries. It is now much harder for Westerners to receive work permits in the country.

Christians in Iraq are a clearly identifiable group. Many wear crosses or have Christian symbols on the gates of their homes.

Iraq is No. 4 on the World Watch List, which ranks the 50 countries in which Christians are most under pressure for their faith.

“Christians in Iraq are on the verge of extinction. Large numbers of persecuted Christians have fled abroad or to the (until recently) safer Kurdish region, where they face unemployment and inadequate schooling, medical care and housing. The church faces many challenges – members being killed or abducted, and a lack of capable leaders,” reports the World Watch List.