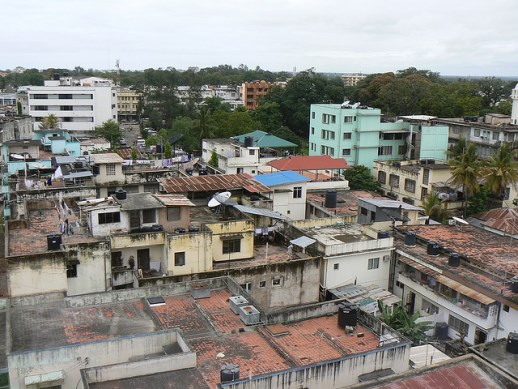 Charles Mathole, a leader of Mombasa’s Redeemed Gospel Church in Mtopanga, was found dead in church on the morning of Sunday October 20, shot in the head and with a Bible in his lap. A member of the choir in his church said he seemed to have been preparing the Sunday morning service when he was shot.

In Kilifi, about 60 kilometres north of Mombasa, the body of a pastor with the East African Pentecostal Churches, Ibrahim Kithaka, was found dumped in a patch of bushes near Madamani trading centre in Vitengeni, according to members of his church.

The two deaths come just a few days after the coastal town of Mombasa witnessed its worst rioting in recent years after the drive-by shooting of a Muslim Imam, Ibrahim Rogo, itself in the aftermath of the Westgate mall attack.

Rioters protesting against Rogo’s death had burned a Salvation Army Church in Kenya’s second largest city and four people lost their lives during the protests).

One local pastor, whose name is being withheld for security reasons, told World Watch Monitor the atmosphere remained tense following the murder of Sheikh Rogo and his three companions.

“Church leaders have all received threatening text messages in the past, but they have increased since the sheikh was killed,” he said. “The text messages from an unknown number say: ‘Be prepared, we are coming for you.’ We reported them to the police, but no arrests have been made.

Another local pastor said that Muslim leaders had openly incited local youth against Christians in the previous few weeks.

“They abused us very badly,” he said. “We reported to the OCPD [Officer Commanding Police Division] who promised to disband the meeting, but did not. We also hear [rumours] that [extremists] have targeted five specific churches for destruction. We do not know which churches those are but we have informed the police of this too.”

In a statement released on October 21 Mombasa Church Forum pastors called on the government to intensify security.

“The Mombasa Church Forum categorically states that no attack on Christians or their church leaders will deter us from our way of worship and our freedom of religion. To the perpetrators of these heinous attacks, we hereby state that we will not be intimidated and will continue to worship our Lord in our churches,” said Bishop Wilfred Lai, Chairman of the Mombasa Church Forum.

Assistant Police Commissioner Vincent Kibaara said that Pastor Kithaka was in the process of setting up a church in the Muryachakwe area of Kilifi and it is believed he was attacked while travelling home.

Kenya, which has a Christian majority of 85 per cent, has little history of interfaith tensions. However, in recent years this has changed. 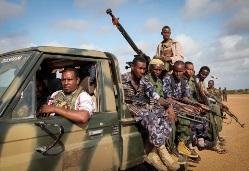 Kenyan forces have been in Somalia since 2011.Albany Associates / Flickr / Creative Commons

One factor has been Kenya’s military involvement in Somalia since October 2011 and the retaliatory response of the Islamic extremist group, Al-Shabaab, which swore to attack Kenya until her troops were called back home from Somalia.

Recent attacks at Westgate Mall in Nairobi saw the terrorists force many of their captives to recite the Islamic prayer. Those who were not able were deemed ‘Kafirs’, or non-believers, and were killed (although Muslims also died in Westgate, so it was not clear-cut).

The terrorists were seen in recent CCTV footage praying inside Westgate shopping mall in Nairobi after killing 67 people, including women and children, and injuring over 200 others.

Kenyan Christian and Muslim leaders together condemned the Westgate attack, telling Kenyans that they should not be divided by religion. Kenya’s former Prime Minister backed this campaign, saying that Islam is a religion of peace and never condones killing, therefore the killers were terrorists and not true Muslims.

Al-Shabaab’s campaign has been felt in many church quarters and in Kenya as a whole. Many churches now have routine security checks. Now the Westgate attacks seem to have increased Kenyans’ resolve to win the battle against Al-Shabaab. Whereas the attackers demanded the withdrawal of Kenya’s troops from Somalia, President Uhuru Kenyatta was quoted as saying Kenyan troops will stay in Somalia until that country “gets its house in order”.

However, there is another dimension to the assault on Christians in Kenya. In north-east Kenya, tension has been high for much longer than Kenya’s involvement in fighting Al-Shabaab across the border.

Analysts say this assault is also about ridding the Muslim-dominated north east of its Christians, an Islamist agenda for Kenya, and a secessionist agenda in the region.

In February this year, two pastors, Abdi Welli and Ibrahim Makunyi were shot by unknown gunmen, who killed the one and wounded the other. The two pastors were leaders in the East Africa Pentecostal church in Garissa in northern Kenya.

Kenya is a new arrival at No. 40 on the World Watch List, which charts the countries where life as a Christian is most difficult.

“Kenya has come under the grip of Islamic extremism more and more and this is a source of hostility against Christians,” reports the List. “Thousands of Somalis continue to cross the border into Kenya as the situation in Somalia worsens, causing much instability in Kenya. Members of the extremist Islamic movement in Somalia therefore also cross into the north-eastern and coastal regions of Kenya, spreading their extremist views, and this is where the majority of Christian persecution takes place.”