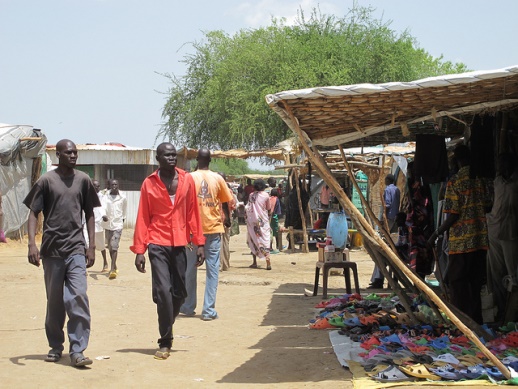 Sudan, already facing regional insurgencies and austerity riots, is on the brink of more violence along its border with South Sudan. Human rights groups say that the fate of Abyei, an area half the size of Belgium, reveals the international community’s lack of consistency and interest in the rights of minorities.

The Sudanese state of Abyei is burdened by two persisting African dilemmas: what happens when colonial borders do not reflect the existence of nomadic herders; and who defends the rights of religious or ethnic minorities when a ruling regime seeks to eliminate those minorities?

In 2005 the international community celebrated a peace agreement guaranteeing the largely non-Arab and non-Muslim people of southern Sudan a secession referendum. This led to the creation of South Sudan in 2011, ending decades of fighting, yet depriving the Khartoum regime of 75% of its oil reserves.

However, the fate of oil-rich Abyei was left unresolved, and a 2011 vote was delayed due to disagreement about who was entitled to vote. The African Union (AU) proposed a referendum in October 2013, but cancelled it because Khartoum held out for the enfranchisement of nomadic Arab herders sympathetic to remaining in Sudan.

Now, Abyei has defiantly held its own unofficial vote, with 99.9 % in favour of leaving Sudan and joining South Sudan.

Tim Flatman, an independent observer, reported that “the standards were higher than the 2011 South Sudanese referendum in a number of respects” and that there were “no technical reasons for refusing to recognise it [because] the vote had exactly the same electorate as would be the case under the African Union’s own proposal”.

Meanwhile the South Sudan Council of Churches released a statement on behalf of all its member churches, saying thath it backs the unofficial vote and calling on Sudan, South Sudan, the AU, UN and others to recognise it.

Most of Abyei’s permanent residents are the Ngok Dinka, non-Arab and Christian. However, each year the Arab Misseriya tribe arrives to graze its animals on Abyei’s fertile lands. In 2009 the Permanent Court of Arbitration in The Hague, an intergovernmental body resolving disputes since 1899, decreed that only the Dinka and others with permanent abodes could vote in a referendum.

Knowing this would inevitably lead to Abyei becoming part of South Sudan, Khartoum refused to allow the vote. Sudan occupied the state in 2011, killing and ethnically cleansing black Africans and Christians who had been oppressed by their government for decades.

Sudan’s ruling Arabs’ views go back centuries to their role in enslaving millions of black Africans. When Sudan gained independence in 1956, those who define themselves as Arab, despite massive inter-marriage, wanted to define their new nation’s identity by creating an Arab, Muslim country. 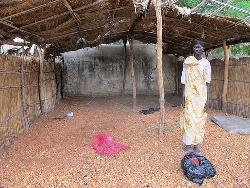 To this end they have been killing and ethnically cleansing non-Arabs and non-Muslims ever since. Two million died in the struggle for an independent South Sudan, and the non-Arab people of Darfur, Blue Nile and South Kordofan continue to this day to withstand aerial bombardment and attack by the Sudanese Armed Forces.

Although many in Abyei fought in the battles that won South Sudan its independence, the new nation has prioritised reconciliation with Khartoum for the sake of exporting its oil in pipelines across Sudanese territory. Knowing they have lost any international backers, Abyei leaders have proceeded with their unilateral, unofficial referendum to make a political point.

The Dinka leadership told international observers they despaired of negotiating with Khartoum following the assassination of their former paramount chief in May 2013. The AU has condemned Khartoum in unusually strong terms for “contrived security reasons” for stopping its visit to Abyei in late October. The AU’s change of tone may be due to satellite images showing a build-up of Sudanese military assets along the border of Abyei.

The Misseriya boycotted the referendum, which the AU has said could be a threat to peace between Sudan and South Sudan.

Last month, a Sudanese bishop wrote a letter to US President Barrack Obama, calling for an international response to perceived crimes of humanity committed by the Khartoum regime.

Rebecca Tinsley is the author of a novel about Darfur, ‘When the Stars Fall to Earth’, and founder of a UK-based NGO working on Sudan and human rights violations.