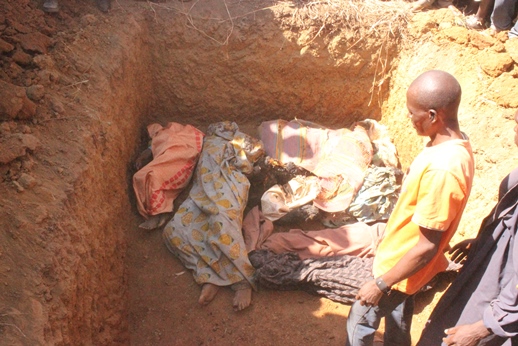 About 40 people were killed in coordinated attacks on Monday night in four Christian-dominated villages in the central Nigerian State of Plateau.

Local sources contacted by World Watch Monitor report that the assailants, believed to be members of the Fulani tribe, came at around 2am on Tuesday morning, attacking the Berom communities in the villages of Katu Kapang, Daron, Tul and Rawuru.

The incident was confirmed by local authorities, although they did not confirm the identity of the attackers.

In a statement, Captain Salisu Mustapha, Media Officer of the government’s Special Task Force (STF) in Jos, said the “attackers killed 13 persons in Katu Kapang, eight in Daron, nine in Tul and seven others in Rawuru. About five others were also reported to have sustained injuries”.

Those killed included a one-year-old boy shot at close range, a four-year old and several women and other children, villagers told local media.

Jok Cholonm, head of Rawuru village, said that his brother and seven children had been killed in the “cruel” attack.

The Chairman of the State chapter of the Christian Association of Nigeria (CAN), Rev. Soja Bewarang, condemned in “strong terms” the “barbarous act” in which pregnant women and children were killed.

“It is inhuman to kill innocent pregnant women and children while they were sleeping. Even in time of war, this category of people was not killed,” he told World Watch Monitor. “This is a religious war against Christians. All the victims are Christians and belong to either the Church of Christ in Nigeria (COCIN) or the Evangelical Church Winning All (ECWA).” These two are among the most numerous denominational groups in Nigeria, numbering millions of adherents.

Rev. Bewarang, who presided over a mass burial of 15 victims on Tuesday, has called on security forces to ensure security in remote areas, which are more vulnerable.

According to an army spokesman, on receiving the report, STF personnel moved “swiftly”, but the gunmen fled.

“The situation was however brought under control by the men of the STF and the area secured,” he said.

However, some villagers blamed security forces for not doing enough to protect the victims, saying STF troops had not been far from the villages when the attacks took place.

Intercommunity clashes are frequent in this central State of Nigeria, between the mainly Christian indigenous Berom communities and the Muslim-dominated Hausa/Fulani tribe.

The Berom community is comprised of mostly farmers, whereas the Hausa/Fulani minority comprises predominantly herdsmen.

Their rivalry over access to natural resources has been exacerbated over time. Despite the deployment of a Special Task Force, the government has failed to restore security and peace in the area.

Nigeria, the most populous African country, is divided along ethnic and religious lines. The central States of Plateau and Kaduna are located on the fault line between the mainly Muslim north and Christian and animist south. Hundreds of people have been killed in ethnic and religious clashes in both States in recent years.

In 2012, the Islamist group Boko Haram – which has its headquarters in the north-eastern State of Borno – carried out several attacks against churches in Jos, the capital of Plateau State, fuelling sectarian tensions in the region.

The STF (combining both Army and police) was created by the Nigerian government to deal with the widespread violence and unrest across the central belt, including attacks by Boko Haram.