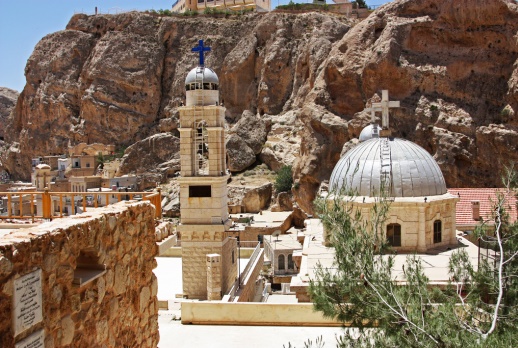 The Vatican has reported that 12 nuns were abducted as opposition rebels captured Syria’s historically Christian town of Maaloula yesterday (December 2).

The majority of the town’s Christian population is thought to have fled during clashes between government forces and rebels in September, leaving a mainly Muslim population behind.

The 40 nuns of the Orthodox Mar Takla convent had been the major exception, until 12 were abducted on Monday. They were reportedly taken to the nearby rebel-held town of Yabroud.

Febronia Nabhan, Mother Superior at the Saidnaya Convent told the Associated Press today that the nuns who left were accompanied by three other women. Nabhan said that the Maaloula convent’s Mother Superior, Pelagia Sayaf, called her later on Monday and said they were all “fine and safe”.

Mgr. Mario Zenari, the Vatican’s ambassador in Damascus, told Vatican Radio the nuns were abducted on Monday afternoon, although he said he did not know the reason behind the kidnapping. The BBC quoted rebel group media sources, which said later the nuns had “not been abducted”; they had been warned to leave Maaloula for their own safety, but had refused.

Zenari said that the Patriarchate of the convent had “called on all Catholics to pray for the women”.

Maaloula, 60 kilometers (40 miles) northeast of the capital, Damascus, is a symbol of Syria’s ancient Christian roots, where Aramaic – the language spoken by Jesus – is still spoken.

Rebels re-captured the town after three days of fighting. It’s strategically situated on the road between Damascus and Homs; reports today say that parts of this road are closed. The Syrian Observatory for Human Rights, a UK-based opposition group, said that the rebel group had included Islamist fighters from the Al-Nusra Front, an Al-Qaeda affiliate.

Ramid Abdel Rahman, the SOHR director, said the opposition had taken control of the town and that there was now “no major fighting”.

In September, three Catholic men were killed as rebel forces seized control of Maaloula. Government forces quickly retook power, but by that stage most of the Christians had fled.

NGOs report that when Islamist-dominated opposition groups take control of towns and villages, Christians are under severe threat. A petition to be presented at the UN next week has gathered over 270,000 signatures to urge, on behalf of Christians in Syria, that all those with influence and power do everything possible to:

• Protect the lives, livelihoods and freedoms of all the people of Syria

• Safeguard the existence of the Christian community and, in particular, stop the assaulting, kidnapping, torture and killing of Christians by extremist and criminal groups

• Guarantee safe, fair and proper access for all to humanitarian assistance, both inside and outside Syria