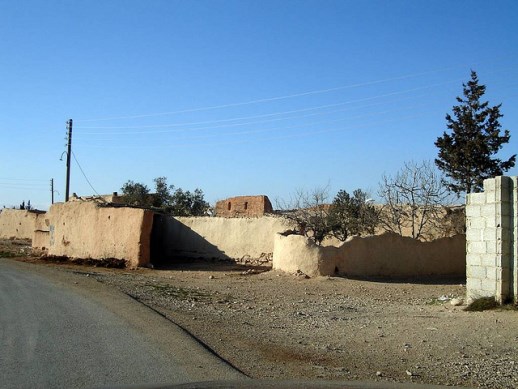 The village of Sadad was the scene of one of the ‘most serious and biggest massacre of Christians in Syria in the past two-and-a-half years’, according to one Syrian Archbishop.Hovic / Flickr / Creative Commons

A month on from the massacre in the Syrian village of Sadad, Human Rights Watch has spoken out against the war crimes committed there.

Sadad, a predominantly Christian town, was invaded by Islamist militias on October 21, before being re-taken by the Syrian army on October 31.

Human Rights Watch (HRW) identified the names of 46 people killed: 41 were civilians including 14 women and two children. HRW confirmed early reports of six bodies found in a well, their hands tied, blindfolded, and with gunshot wounds.

The New York-based organisation reports that at least one resident was used as a human shield and that “at least three churches of local and historical significance” were vandalised and looted.

The offensive against the Christian village by groups of Islamist militants was part of a campaign branded by its participants on social media as the ‘Battle of God’s Doors Do Not Shut’.

A number of Islamist groups claimed involvement in the operation, including the al-Maghaweer of the Dera’ al-Islam and Ahel al-Athar battalions of the Free Syrian Army, Liwa al-Huq, Jabhat al-Nusra, al-Khadra and the Islamic State of Iraq and Sham.

One resident told Human Rights Watch that while his family was being attacked by one group, one of its members said: “We kill Christians”.

Meanwhile, a number of churches were vandalised and graffiti was left on one church, which included the signatures of several of the Islamist groups.

“Under international humanitarian law, parties in an armed conflict have a responsibility not to intentionally attack religious buildings that are not being used for military purposes,” Human Rights Watch reported. “They are prohibited from seizing, destroying, or wilfully damaging religious buildings or institutions, and from theft, pillage, or vandalism directed against important cultural property. Pillaging and deliberate attacks on religious sites that are not military objectives are war crimes.”

The organisation said that executing civilians and the use of ‘human shields’ are also war crimes.

“What happened in Sadad is the most serious and biggest massacre of Christians in Syria in the past two years and a half .”

Human Rights Watch urged the UN Security Council to refer the situation in Syria to the International Criminal Court (ICC), calling on the United States to join the 64 countries which have petitioned for this, and on Russia to withdraw its opposition.

The churches most severely damaged were those of Mar Theodore, Mar Sarkis and Mar Mikhael.

Human Rights Watch said there was evidence that damage to the churches was “intentional”, including the damage inflicted to two crowns intended to be worn by priests, which had been flattened and bent in half.

The churches also suffered damages to pews and frescos, and religious relics were stolen.

In a recent meeting in Brussels, the Middle East Christian Committee demanded action from the European Parliament to prevent further atrocities against Syria’s Christians.

“We are dying over there [in Syria],” Nuri Kino, a freelance journalist of Assyrian background, told the Parliament. “We are being raped, persecuted and tortured. And our homes and land are being occupied.”

Kino warned that a “brutal jihadist regime” would follow if nothing was done to prevent opposition forces from taking control of the country. 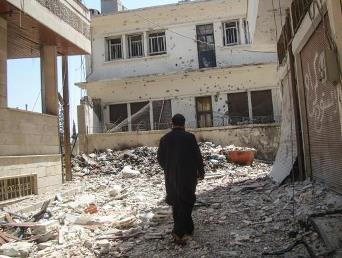 “City after city is being emptied of Christians,” he said.

Analysts estimate that of approximately 100,000 armed opposition fighters, more than two thirds are Islamists and around 10,000 are jihadists from outside Syria.

Shortly after the Sadad massacre, Archbishop Boutros Alnemeh, Metropolitan of Homs and Hama said it was “the most serious and biggest massacre of Christians in Syria in the past two-and-a-half years.

“We have shouted out to the world, but no-one has listened to us. Where is the Christian conscience? Where is human consciousness? Where are my brothers?” he added.

A report prepared for Open Doors International,  which works to distribute aid relief to Syria’s displaced and its refugees through partner churches both within Syria and in neighbouring countries, confirms that Syrian “Christians are increasingly becoming targets of violence purposely conducted by Salafist and jihadist groups”.

In anticipation of the planned Geneva peace talks on Syria, due to start on January 22, Open Doors has gathered over 240,000 signatures on a petition to be presented at the UN, urging all those with influence and power to do everything possible to protect the lives, livelihoods and freedoms of all Syrians, and in particular to safeguard the future of the Christian communities.

People from more than 70 countries have signed the petition so far. Stephen Rand, Advocacy Director for Open Doors UK & Ireland, explained the campaign is designed to ensure that the voices of Christians in Syria, particularly vulnerable and targeted, are heard. “Each signature on the Save Syria petition has been a voice added to the global chorus of support for Christians in Syria,” he said.

He also sees signs of hope: “In August we were anticipating US air strikes on Syria. Now we have a date for talks in Geneva. When a Christian mother in Damascus asks ‘Why does no-one care that Christians are dying?’ we can tell her there are those who care.”