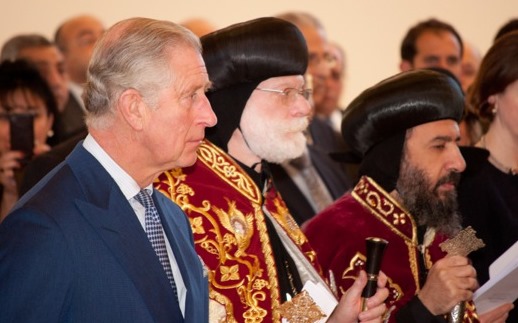 The Prince of Wales, heir to the British throne, has added his voice to those calling for an end to the persecution of Christians in the Middle East.

After a visit to the London cathedral of the Syriac Orthodox Church, Prince Charles said he was “deeply troubled” by the “growing difficulties” faced by Christians in the region.

“It seems to me that we cannot ignore the fact that Christians in the Middle East are, increasingly, being deliberately targeted by fundamentalist Islamist militants,” he said.

Noting Christianity’s roots in the region, the Prince observed that today the Middle East and North Africa have the lowest concentration of Christians in the world – just four per cent – and that this has “dropped dramatically over the last century and is falling still further”.

He said that the effect of this was that “we all lose something immensely and irreplaceably precious when such a rich tradition dating back 2,000 years begins to disappear”.

Echoing the recent words of Louis Raphael I Sako, the Archbishop of Baghdad, the Prince added that the decline of Christians in the region represents a “major blow to peace, as Christians are part of the fabric of society, often acting as bridge-builders between other communities”.

“For 20 years, I have tried to build bridges between Islam and Christianity and to dispel ignorance and misunderstanding. The point though, surely, is that we have now reached a crisis where the bridges are rapidly being deliberately destroyed by those with a vested interest in doing so – and this is achieved through intimidation, false accusation and organised persecution – including to Christian communities in the Middle East at the present time,” he said.

David Yakoub, from the beleaguered and once Christian-dominated Syrian town of Sadad, was reported to be close to tears as he pleaded with the Prince to “do something”.

“[Prince Charles] said it was heart-breaking what was going on in Syria, and that he’s praying for peace,” Huda told World Watch Monitor.

Last week Huda’s brother, Nadim Nassar, the only Syrian Anglican priest, handed in to the UK Prime Minister a petition signed by over 300,000 people from 99 countries, on behalf of Syria’s Christians.

The petition, co-ordinated by Open Doors International (which works through partner churches in Syria and Egypt, amongst other countries, to bring aid relief and development) was one of a number submitted around the world on Dec. 10, including to the UN Secretary-General and the Missions of the five Permanent Members of the Security Council.

Outside the US Embassy in London, Nassar called for an end to the violence in Syria. (See video below)