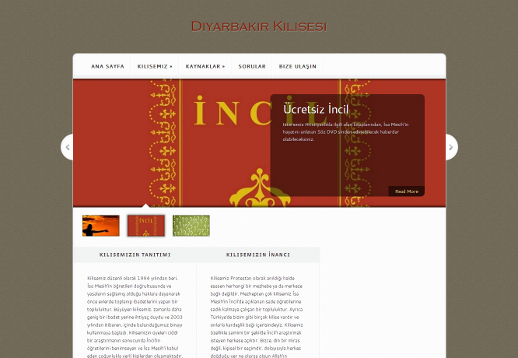 The home page of the Diyarbakir Church website. It was blocked by the Turkish government inside parliament offices because it was deemed “pornography.www.diyarbakirkilisesi.com/

Aykan Erdemir, a member of Turkey’s parliament, plans to travel to Diyarbakir Church in mid-June. This week, to prepare for his visit, he looked up the church’s website.

He didn’t get far. His office computer in the parliament blocked the church website with a message that it contained “pornographic” content.

Checking the websites of other Turkish Protestant churches, Erdemir and his colleagues found they also were blocked, though the filtering screens did not mention “pornography” as the reason.

The website for Diyarbakir Church, in southeastern Turkey, is not under a national ban, although on occasion, websites are banned in Turkey — the most notable in recent months being YouTube.

The block affected computers in the parliament only, and it was quickly removed after Erdemir complained. 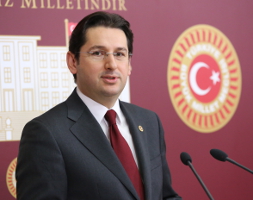 Erdemir, representing the western province of Bursa in the main opposition Republican People’s Party, said the episode is a symptom of deep-rooted governmental antagonism toward Christians, especially Protestants, and of Turkey’s increasing intolerance towards minorities.

“Humiliating, embarrassing and defaming” is how he described the block on the website.

The newspaper Daily Hurriyet reported Thursday that the filter killed two birds with one stone: It aimed to prejudice Parliamentarians, and to attack minority groups.

“They are just trying to support their own party’s politics and agendas with inflammatory and marginalizing language,” said Ahmet Guvener, pastor of the Diyarbakir Church. “This is embarrassing and outrageous and they should apologize for this.”

Guvener, a convert from Islam, said he does not feel he has equal rights with other Turks. He said his country regards him as a threat. His phone, he said, has been tapped since 2007, when three Christians were tortured and murdered in the city of Malatya.

“They have been listening to my phone without a break since Malatya,” Guvener said. He claims to have seen his name on wiretap lists, and said police continue to question him about subjects he has discussed on the phone with other Christian believers.

He said he believes law enforcement authorities consider Christianity to be one of the country’s greatest threats, and that military training has reinforced an attitude of marginalization.

“They really don’t see Turkish Christians as citizens of this country,” he said. “Turkey knowingly intimidates Christians here, so in my opinion the block on our website was done knowingly.”

Guvener’s lawyer has petitioned the deputy secretary general of the Turkish Parliament, Kemal Kaya, to explain why the church website was blocked. Guvener said legal action against the Parliament remains a possibility.

Erdemir, an advocate of religious and minority rights in Turkey and author of Turkey’s Hate Crimes Bill, said changing the Parliament’s internet settings by itself won’t end anti-Christian behavior.

“The only way to remedy it is to embrace tolerant values,” he said.

The MP said official discrimination is felt more keenly among Turkey’s Protestants than among more established churches, and that a “paranoia” pervades the country about missionary activities, in particular conversions from Islam to Christianity.

“But it’s not an issue that can be solved at the legal level,” he said. “It necessitates transforming mentalities, sensitivities and attitudes” among the country’s bureaucrats, lawmakers and journalists.

Prime Minister Recep Tayyip Erdogan and Turkey’s ruling AK Party have come under fire in the last year from protests against the decline of Turkey’s secularism and allegations of corruption. Erdemir has had his own difficulties getting the Parliament, controlled by the AK Party, to take up his hate-crime bill.

“The Prime Minister’s policies actually profit from polarization, discrimination and hate speech,” Erdemir said. “So I don’t have any expectations from the government when it comes to establishing a multicultural pluralist and tolerant society.”