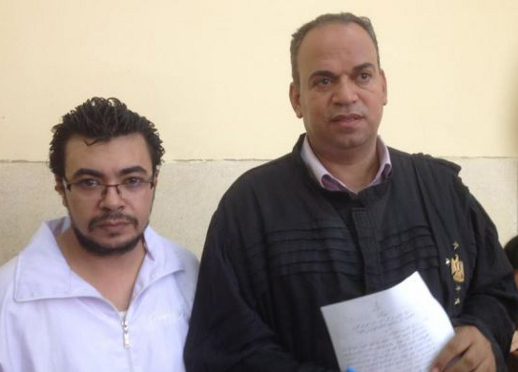 An Egyptian man who captured video of clashes between Muslims and Christians has been sentenced to five years in prison.

Mohamed Hegazy was convicted June 18 for failing to obtain permission to film demonstrations in the Egypt’s Minya governate, a volatile region in central Egypt that erupted in anti-Christian violence following the July 2013 ouster of former President Mohamed Morsi.

The crime is a misdemeanor, and Hegazy already has spent more than 6 months in custody — the maximum for misdemeanors — since his arrest Dec. 4. His laywer said he plans to appeal the verdict.

“Hegazy is accused of filming a demonstration without permission, so according to the law this is a misdemeanor,” the attorney, Karam Ghobrial, told World Watch Monitor. “So this verdict is contradictory to the law because it didn’t include paying the bail to release the accused until the appeal, as in all misdemeanor crimes. ”

Hegazy, 31, goes by a different name, Bishoy Armeya, a name he took after he converted from Islam to Christianity in 1999, at age 17. In 2007, he petitioned the government to officially recognize his conversion — an unprecedented request in a country where Islam is the official religion, and where the constitution declares Islamic Sharia law to be “the main source of legislation.” Death threats forced Hegazy into hiding.

And that, his lawyer says, is the real reason he’s going to prison.

“The real reason for keeping Armeya in custody is being a convert,” Ghobrial told Mideast Christian News in April. He said police questioned Hegazy about his religion following his arrest — a subject that he said ought to be irrelevant under Egyptian law. In Egypt, government-issued identity cards include the person’s religion. While the law permits citizens to change their faith, in practice Muslims who convert to Christianity often face intense pressure.

Hegazy is being held in the El Menya Prison during the appeal. He is good condition, Ghobrial told World Watch Monitor. His wife and children are in Germany, and only his lawyer is permitted to visit him.

An appeal hearing is scheduled for July 20.

In an unrelated case, a court in Luxor on June 24 sentenced Kerolos Ghattas, a Christian, to six years in prison for loading his Facebook page with images considered insulting to Islam. Ther verdict can be appealed.