An Indian Catholic priest has been kidnapped in Afghanistan, and no information about his location or condition is available. There are reports, however, that authorities have arrested a suspect. 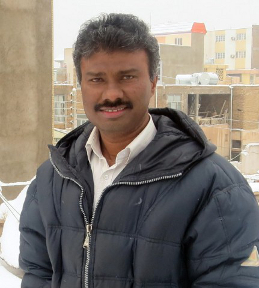 “On Monday afternoon its country director, Alexis Prem Kumar SJ, was abducted by a group of unidentified men in western Afghanistan,” read a press statement issued June 3 by a Jesuit Refugee Service spokesman.  The title “SJ” stands for Society of Jesus, a Catholic order whose members are more commonly known as Jesuits.

A suspect has been arrested in connection with the kidnapping, according to independent but government-licensed Khaama Press news service, which cited the provincial security chief, Gen. Samiullah Qatra. He said the suspect, whose name was not provided, is being held for questioning, according to Khaama Press.

“We are deeply shocked by Prem’s abduction,” said the Jesuit Refugee Service international director, Rev. Peter Balleis. “We are in contact with all the relevant authorities and doing everything possible to ensure his safe and speedy return. Meanwhile, our prayers are with Prem and his family and friends at this difficult time.”

“Kidnappings of foreigners are common throughout the country. We only know that he was kidnapped by armed men. They could be Taliban factions or common criminals.”
–Bishop Giuseppe Moretti, Catholic Superior of Afghanistan

“Kumar was abducted by a group of unidentified men as he was about to leave Sohadat village after visiting the school that had been set up by the JRS for returnee children, primarily from Iran. The group of unidentified kidnappers surrounded the school campus about 12:45 p.m., fired shots in the air, caught hold of Kumar, and drove off with him in a car. No group has yet claimed responsibility for the abduction,” the press release said.

Syed Akbaruddin, a spokesman for India’s Foreign Ministry, confirmed the abduction. “An Indian national working with an NGO in Herat province of Afghanistan has been kidnapped. Our Mission is pursuing the matter with local authorities,” Akbaruddin said.

Kumar, originally form India’s southern state of Tamil Nadu, was director of the Jesuit Refugee Service in India from 2005 to May 2011. He took an assignment with the service in Afghanistan in July 2011, and has been head of its Afghanistan operations since 2012.

Since 2008, the Service in Afghanistan has been accompanying returnees home from exile in Iran and Pakistan, and providing education and healthcare services in Bamiyan, Kabul and Herat provinces. It served more than 6,000 people in 2013, according to the Jesuit Refugee Service press release.

According to reports, India is engaged in several development projects in Afghanistan, from roadbuilding to construction of the Afghan Parliament building in Kabul.

At the same time, Indian targets in Afghanistan have come under repeated attacks. On May 23, four men carrying rocket-propelled grenades were killed in an attack on the Indian Consulate in Herat, which was partially damaged.

In August 2013, an assault on the Indian Consulate in the eastern city of Jalalabad killed at least nine people, and in in 2008, suicide bombers attacked the Indian embassy in Kabul, killing about 50 people and injuring dozens.

There have been several other deadly attacks on Indian civilians engaged in road construction work.

“We have no clue so far regarding the kidnappers or their motive,” Muduvassery said. The Jesuit Refugee Service, he said, has been working in Afghanistan, mostly in education, for nine years. Four Jesuits are posted there.

“Kidnappings of foreigners are common throughout the country,” said Bishop Giuseppe Moretti, the Catholic Superior of Afghanistan, to the Vatican’s missionary news agency Fides. “We only know that he was kidnapped by armed men. They could be Taliban factions or common criminals.”

While an ecumenical Indian Christian email group called ‘Synod’ has called for prayers for the safety of the kidnapped priest, top church officials have urged the government to take urgent steps to ensure his safety and release.

India’s national media initially played down the incident as the kidnapping of an Indian charity worker. After reports in Pakistan’s media alleged the kidnapped priest is an “Indian spy,” however, the Indian news media has turned up the volume of its coverage, with news channels describing it as a challenge to the Indian government.

Akbaruddin, India’s Foreign-Ministry spokesman, denied the spy allegation. He described the kidnapped priest as “an ordinary Indian eking out a living.”