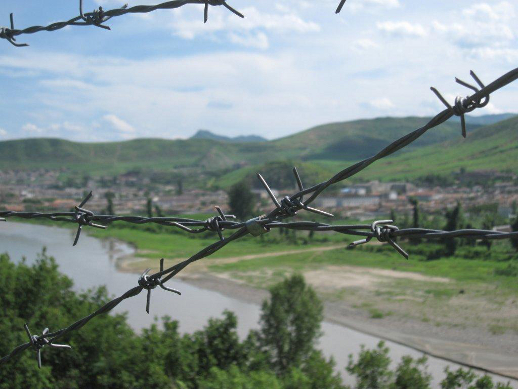 Last week, the Democratic People’s Republic of Korea rejected a request from South Korea to hold discussions about the fate of Kim Jong-Wook. The DPRK in late May sentenced Kim to spend the rest of his life in a labor camp. In its response to South Korea’s plea, the North said Kim had been tried and convicted properly – case closed.

Kim’s chances of leaving North Korea alive are slim at best, and his arrest and subsequent sentencing already has had fatal consequences for others in North Korea. His case provides a window to the intensity of religious persecution in the DPRK, a country that has held the No. 1 spot on the World Watch List of the most oppressive countries for Christians since the list was created 12 years ago.

“In most countries, there is a mixture of different persecution engines,” the 2014 World Watch List says. “In North Korea there is one all-encompassing strong persecution engine, excluding all other possible engines: Communist oppression.”

As a missionary, Kim operated from the Chinese border city Dandong, where he provided shelter, food and other aid to North Korean refugees who slipped over the border seeking relief from the chronic famine of their country. Kim also taught the refugees from the Bible. North Korean agents who infiltrated his network convinced him to come to North Korea. On Oct. 8 he entered the DPRK, expecting to find out what had happened to some refugees with whom he had lost touch. Instead, he was immediately arrested and interrogated. It’s likely he was tortured.

A list of recent known arrests of foreign missionaries

• Robert Park, Korean-American, crossed the North Korean border on Christmas 2009 to protest genocide and other crimes against humanity in North Korea. He was held for 43 days and severely tortured.

• John Short, Australian, arrested in North Korea in February for leaving Christian pamphlets behind near a Buddhist temple. He was released two weeks later after apologizing.

• Kim Jong-Wook, South Korean missionary, lured to North Korea by secret agents in October 2013 and arrested. Charged with attempting to ‘overthrow the regime’ and spying for South Korea. Sentenced to life in prison.

In February, Kim told assembled North Korean television cameras he had spied for the South Korean government, and had given money to North Koreans to set up 500 underground churches and attempt to overthrow the North Korean regime. After the May 30 trial, the North Korean state media reported prosecutors had sought the death penalty for Kim, but the court imposed the life sentence after the pastor had “sincerely repented.”

During the North Korean war with South Korea and the United States in the early 1950s, many North Korean Christians made a run for the South. Ever since, North Korea has linked Christianity with its two enemies, and followers of Jesus have been considered traitors. After the war, tens of thousands of Christians were arrested, put to death or sentenced to hard labor. A small remnant took their faith underground. In North Korea, to be Christian is to be disloyal, and in North Korea, disloyalty to the regime is the greatest sin.

Evidence of this fact of North Korean life has surfaced in recent months. Kim was pressured and probably tortured to give up the names of dozens of contacts, many of whom had become Christians through his ministry. Sources in North Korea have confirmed that some of them were murdered and others were incarcerated in prisons and labor camps. In both detention facilities people are starved, tortured and the death rate is extremely high. “I was locked up for years in Camp 25 near Chongjin,” says a North Korean refugee, whose name, like all others in this article, is being withheld for safety’s sake. “I will never forget the prisoners who were too weak to continue their work. The guards would pick them up and put them on an automatic belt that threw them in a large oven while the prisoners were still alive.”

Kim is not the only fish caught in the government’s net. In August 2011 in Dandong, a South Korean Christian, heavily involved in helping North Koreans escape, was murdered by a DPRK agent armed with a poisoned needle. A few weeks later, the South Korean intelligence agency arrested a North Korean refugee who was carrying poison and needles. In China, a missionary was hit by an empty passenger bus; the driver was not caught. Some cases are never publicized, out of concern for the safety of relatives and others connected to them.

“We all know not all refugees are genuineja,” says a missionary working for one of the several organizations working near the Chinese border. “We know from those who are sincere and from secret agents who have defected that the North Korean regime has dispatched hundreds of trained spies.”

One DPRK agent, sent undercover to China to pose as an escapee, once spoke to an informant working for the North Korean National Security Agency – someone trained to uncover religious people. The agent, who later defected, told U.S. researchers for a 2008 report that the informant had been trained to look for signals “such as a person who remains silent with closed eyes and meditates, or when habitual smokers or drinkers quit smoking or drinking all of a sudden. These people should be targets to be watched closely.”

To keep an eye on Christians and other citizens, North Korea maintains four instruments of surveillance: The National Security Agency; the Public Safety Agency; the neighborhood unit; and the Communist Party. “We gave instructions to the neighborhood unit and the Primary Party Committee to watch certain [Christian] people,” said one ex-agent of the Public Safety Agency. “If an informant did a good job, we made sure he received a better job.” All information is saved in the agency’s resident registration dossiers, which contains information on family backgrounds, past religious activities and political propensities.

The National Security Agency coordinates efforts to uncover “reactionary elements” and “anti-government” forces within North Korea. Arrested Christians often are transferred to the agency for further investigation. “They were all executed,” said one former agent who was in charge of tracking down a certain group of “religious” people. “Things like possessing religious books, sharing one’s faith with others, or preaching cannot exist because they undermine the Kim regime. All we need is one bit of evidence such as the Bible with someone’s name on it. If only a Bible is found, the NSA leaves it until the real owner shows up.”

It can be difficult to stay one step ahead of the law. “I heard the story of a man who knew he would be arrested for Bible possession,” said one refugee. “The Bible was such a treasured possession for him that he gave it to his sister. She suspected the police would search her house, too, and she hid the Bible in a concrete tile, which she placed in her kitchen. But the officers knew what they were looking for, spotted the new tile, found the Bible and took her away also.”

In a country of 25 million people, estimates of the number of North Koreans who live as secret Christians range from 200,000 to 400,000. They are the heirs of nearly 70 years of severe persecution. One of them is Kim Jong Wook.

“He must live under an enormous amount of guilt,” said one South Korean missionary. “He made the mistake to trust the wrong people, he was arrested and dozens others also. People were killed, families put into concentration camps. His case reminds me of Rev. Ahn Song-Woon. He was also lured into a trap and arrested. He received a prison sentence, disappeared from the radar for a while and then suddenly came back to the surface as the assistant-pastor of one of North Korea’s showcase churches. He did that for a couple of years and then committed suicide. I am afraid that his may become the exact same fate of missionary Kim. They will never let him go. He knows too much about North Korea’s National Security Agency.”