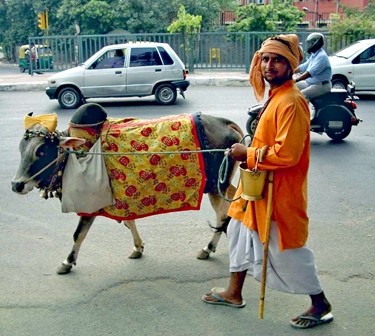 We will no longer sit and watch as cows are slaughtered in our sacred land’: Shrinevasacharya.
John Hill / Creative Commons

A Nepali pastor sentenced to 12 years in prison for slaughtering a cow has been released early after a court declared him not guilty on 17 July.

Bhote was arrested in October 2012 after a Hindu mob attacked and burned down his home in north eastern Nepal, close to the border with Tibet, where he and his wife were ministering to Tibetans . The mob accused him of eating beef, which is taboo in Nepal but not illegal for non-Hindus, and of killing a cow. Intentionally slaughtering a cow, sacred to Nepal’s majority Hindus, is punishable by up to 12 years in prison though the law is rarely enforced. 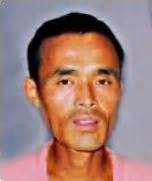 Hindu society is very sensitive as to how other faiths regard their sacred animal and some Hindu groups have recently said that Christians have been encouraging new converts to show disrespect to Hindu symbols, such as the cow; this  is causing anger and accusations of forced conversion in Nepali society.

Figures show that Christianity is one of the fastest growing faiths in a country where more than 75 per cent of the population are Hindu.

It was led by Hindu holy man Yuva Sant Shri Shrinevasacharya who said: ‘Hindus, Hindu gurus, and other organisations should unite to fight against the growing number of crimes against our identity and culture.

‘We will no longer sit aside and watch as cows are slaughtered in this sacred land of our ancestors”.

Hindu groups are linking cow slaughter to faith conversion – both are issues that many Hindus find unacceptable in the Hindu-majority country.

According to Operation World, Nepal’s Christian population is 2.85 per cent, yet it is the rapid growth of Christianity – when contrasted with the declining numbers of Hindus – that is causing a major concern for Hindu leaders. 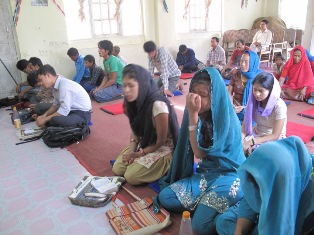 Missionaries and Christian NGOs are repeatedly accused of promising money and education to lure poor non-Christians into the faith.

Kamal Thapa, the leader of the Hindu nationalist Rastriya Prajatantra Party Nepal (RPP-Nepal), has been vocal about the issue. He recently said that ‘US dollars are being poured into the country to lure an innocent Hindu population to convert to Christianity’. According to Nepali law, while an individual has the right to change their religion and practice the religion they wish, there is a prohibition against attempting to convert people. However the line is blurred.

Yuva Sant Shri Shrinevasacharya insists that Christians, funded by aid agencies, are ‘helping to destroy the legacy of Hinduism in Nepal’.

Accusations of Christian proselytism by have intensified at a time when Nepali Hindus are seeing their country become more secular, which they fear will ‘dilute’ the Hindu population. They are also growing more confident in asserting their authority over Christianity because of the success of Hindu nationalism in neighbouring India, which saw a Hindu led government elected at the elections in May 2014.

Shri Shrinevasacharya added: ‘So far our protest has been peaceful, but if cow killing and conversion continues we will have to use other means.’

Christian leaders claim that the state has not fully accepted its secular identity and continues to favor Hinduism. They also recount that Christians continue to face persecution in society. In December 2013 a church building and the homes of four Christian converts were set on fire. In April this year Christians and other religious minorities were being asked to ‘reconsider their faith’ ahead of a new scheme requiring all Nepali citizens to register for an identity card.