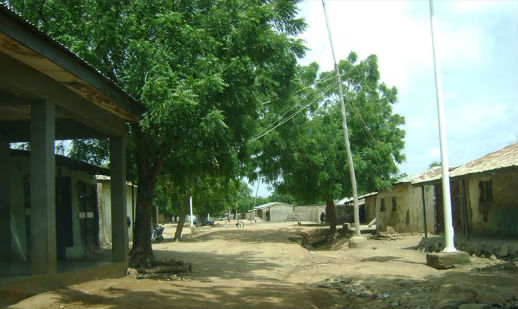 The deserted streets of Chibok in August.World Watch Monitor

Nigeria’s kidnapped schoolgirls will be released as part of a truce between militant Islamist group Boko Haram and government forces, the Nigerian army said Friday.

The Nigerian chief of defence, Air Chief Marshal Alex Badeh, made the announcement. Boko Haram has yet to make a public statement, although Voice of America is reporting that Danladi Ahmadu, who calls himself Boko Haram’s secretary-general, told the news service that a ceasefire agreement had been reached.

It was six months ago this week when Boko Haram kidnapped 276 girls by from a secondary school in a predominantly Christian village in northeastern Nigeria.  For much of that period, little was heard of their fate. Some were presumed to have been forced into labor, or into marriages. A handful escaped but 219 are reported to be still in captivity.

The reported truce was reached after a month of negotiations, mediated in Saudi Arabia by Chadian president Idriss Deby and officials from Cameroon, two countries that border Nigeria’s restive northeast.

The talks focused on the release of the kidnapped girls, who Ahmadu said are “in good condition and unharmed,” according to Voice of America. Presidential aide Hassan Tukur told VOA he is “cautiously optimistic” the girls will be released.

–Rev. Samuel Dali, the President of the Church of the Brethren in Nigeria

This not the first time that the government has made an announcement about the imminent release of some or all of the 276 girls, who were taken in April from their secondary school in the predominantly Christian village of Chibok, in northeastern Nigeria. The military backtracked from such a statement in September.

And at least one of Nigeria’s Christian leaders is not putting much stock in Friday’s announcement.

”Based on experience of what we have seen and what the Nigerian government has been saying, we need to see the practical effect of what they are saying, not just a statement on the news,” said Rev. Samuel Dali, the President of the Church of the Brethren in Nigeria, or EYN Church. “The Nigerian government used to say the same kind of things and nothing happened.

“I don’t want to be sharing this kind of deceptions for many, many times again. I only want the practical,” Dali told World Watch Monitor. “I prefer to wait and see, because I don’t trust Nigerian politicians and what they are saying. I don’t trust them at all.”

Nor is this the first time that at least some of the kidnapped Chibok girls have been brought to the brink of freedom. In May, an Australian mediator named Stephen Davis came within 15 minutes of winning the release of some of the girls, before the deal dissolved.

From that experience, Davis said he concluded that a cause of the Nigerian government’s inability to control Boko Haram could be found inside the government itself.

When news about the Chibok abductions broke April 14, Davis, an Australian Anglican clergyman and former Canon at Coventry Cathedral Centre for Reconciliation in the UK, reached out to his contacts among members of the “political” Boko Haram.

Dr. Stephen Davis had built his contacts during his time as a third-party negotiator in the violent rebel uprising in the Niger Delta’s oilfields a decade ago. Boko Haram leaders heard of his reputation and came to trust him.

“Because I had built trust among the militants, I made calls to them when I heard about the abductions,” Davis told the Nigerian news website The Cable. “They confirmed to me that the girls were with them. I came to Nigeria in late April. I told the president I would try to intervene and help get the girls out. He said he would give me the needed support I wanted.”

Who is Stephen Davis?

The Nigerian government equipped Davis with its blessing and some logistical support, but did not officially proclaim him to be the president’s envoy. A Christian from the largely Christian south of Nigeria, President Goodluck Jonathan is under great pressure from the politically powerful and mostly Muslim north, which voted against Jonathan in the 2011 election.

“I came to Nigeria in April this year to seek the release of the Chibok girls at my own expense and of my own volition because I could see no progress on the release of the kidnapped girls,” Davis told The Paradigm, a Nigerian online news magazine.

News about his involvement came to light at the end of May. Although the publicity complicated the negotiations, Davis said he believed they would be able to secure the girls’ release. In fact, he succeeded in getting a commitment for the release of some of them.

Fearing they would be arrested, some Boko Haram commanders who held the girls across the border in Cameroon had a list of conditions. They wanted the Nigerian military to be “stood down” and promised to drop the girls in a village before phoning to give their exact location. Then, just 24 hours before the agreed-upon release of the girls, the Nigerian police offered a reward of several million Naira. This appeared to set off reverberations within Boko Haram, not entirely understood. Whatever the reasons, Boko Haram failed to release the girls.

Having come to what he says was “within fifteen minutes” of getting some of the girls back, and after spending four months in Nigeria, Stephen realized the girl’s abduction would not end.

“That was when I realised that some politicians were also involved in the insurgency,” Davis said. “There were the remnants of those involved in [an earlier] peace deal [involving elements of Boko Haram], as well as a ‘political’ arm and what I call the ‘ritual’ arm, which specialises in butchering human beings. While I was making efforts to get the girls released, the political backers of the group threatened that if I got 30 or 40 girls out, the militants would kidnap another 60 to replace them. I became very frustrated. They threatened that any commander of the group who agreed to participate in any dialogue would be slaughtered by other commanders.”

Davis describes northern Nigeria as “the thriving home of radicalization.” Boko Haram, whose violent fundamentalist Islamist insurgency arose from the country’s largely Muslim northeastern region, has links with Al-Qaida, the Somalia-based Al Shabaab and even the self-proclaimed “Islamic State” that is murderously carving out territory in Syria and Iraq.

In April, he said, there were three separate factions within Boko Haram, which had agreed to work together. The groups have since welded together and have mutated into a heavily radicalized force.

“The (original) core is no longer part of Boko Haram,” Davis told The Paradigm. Instead, it is a “mutation” of political Boko Haram and of a jihadist splinter group, Ansaru, which has just proclaimed a caliphate in parts of Borno State. Boko Haram now beheads some of its earlier followers. “The ‘slaughterers,'” Davis said, “work with the political assassins and suicide bombers.”

Davis expanded on his assessment in a September interview with The Cable.

“They are very well organised. Today, they have active cells in all the northern states. They have grown from three small cells in 2006 to having commanders in sixteen northern states. They have five major camps on the Nigerian border with Cameroon, Chad and Niger plus another major camp in the Sambisa forest and one on the border between Yobe and Borno States. When they attack a town, they empty the treasury of the banks. That is another source of funding for them. They are gradually depopulating many villages in the state, taking them over and hoisting their flag. They are very well organised and becoming very good strategists. By the time they are done with the villages, they will have a very good base from where they will launch attacks on Maiduguri [the capital of Borno state], with the aim of taking it over and proclaiming the caliphate that they desire. Further delay is dangerous.

“What we are seeing in that region,” he said in sum, “is the new homeland of radical Islam in the world.”

Just shy of eight years old, the Boko Haram insurgency is very nearly the age when Davis says research indicates terror movements will require an entire generation to root out.

“There are only three instances where the military have been able to win, but all of these cases were in mature democracies,” he told World Watch Monitor. “We will pass the 8-year mark in just a few months. The insurgency is on the brink of becoming beyond control. ”

During his contacts with Boko Haram’s political commanders, Davis said, he heard repeated references to their sponsors. Among them, he said, are high-ranking Nigerian politicians, including former Borno State Governor Ali Modu Sheriff, whom Davis claims has used Boko Haram as a tool to destabilize the north of Nigeria. Why? To undercut Jonathan, who faces a re-election bid in 2015. Sheriff has denied the charge.

At one point, the BBC asked Davis: “To what end would senior politicians fund Boko Haram?” His blunt reply: “To take power in Nigeria in 2015.”

“But unlike other elections,” he continued, “these politicians think that if they win power they can turn these terrorists off, but this has mutated. I would say it’s almost beyond the control of the political sponsors now.”

Davis has accused the former three-time Borno Gov. Ali Modu Sheriff, alleged to have been a benefactor to Boko Haram leader Mohammed Yusuf before Yusuf’s death, as a key sponsor of the militant Islamists. Sheriff has denied the charge, and recently attended talks in neighbouring Chad about how to fight Boko Haram.

Who is Ali Modu Sheriff?

The question is, why are some Boko Haram commanders exposing their political sponsors to Davis now?

On this, too, he has a theory:

“There is a ritualist group in Boko Haram that delights in slaughtering people,” Davis said. “This group is being heavily supported by someone based in Cairo, Egypt, with funds supplied by Nigerian politicians and power brokers. If funding is cut to this man, there are many commanders in the Boko Haram camp who are ready to dialogue, release the captive girls and end the insurgency.”

Davis told World Watch Monitor that these political commanders are tired of the ritualist bloodletting and do not agree with the current agenda. What Boko Haram has become, he said, is not what they envisioned from the start. They want the violence to end, and the only way to end it is to cut off the money. Once the sponsors’ influence has been removed, these leaders will negotiate to end the insurgency, Davis said. As long as the sponsors are in the picture, no negotiation can take place.

“The political sponsors are very powerful because they supply the finances and the arms,” he said. “Until these are cut off from the group, those girls will not be released.”