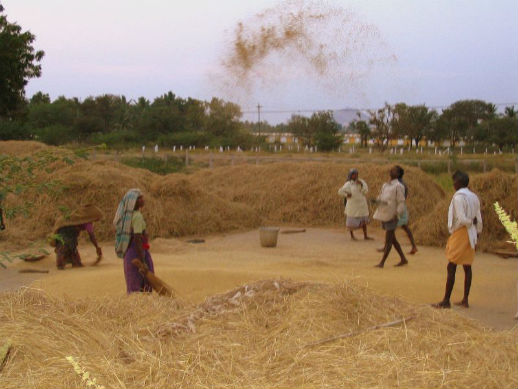 For one thing, he said, there are no Christians among India’s Dalits, a name given to the country’s most impoverished and marginalized citizens, sometimes called “untouchables.” For another, extending government benefits to poor Christians would encourage poor Hindu Indians to convert in hopes of qualifying for the programs.

The minister’s statements, provided Oct. 10 to the Times of India, drew scoffs from activists who work with Christian Dalits. Advocates for Christian and Muslim Dalits have tried for decades to gain access to the government’s job and education set-asides.

“Nobody can escape the Indian caste system by converting to other religions. After the conversion, they do not live in vacuum but in a casteist society itself.”

“As a Dalit Christian leader, I have to state that the position of the minister is unfortunate,” Rev. Kumar Swamy, national secretary of the All India Christian Council, told World Watch Monitor.

“The constitution clearly states that citizens will not be discriminated on the basis of religion,” Swamy said. The government’s provision of benefits to Hindu Dalits on one hand, and the refusal of them to Christian and Muslim Dalits on the other, he said, is a “violation of a fundamental right equality before the law guaranteed under of the constitution.” 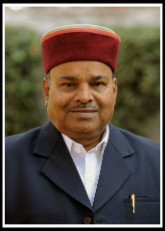 As the Indian states of Maharashtra and Haryana were holding elections, the Times of India interviewed Gehlot, a member of the cabinet of new Prime Minister Narendra Modi. He took the opportunity to speak out on the decades-old demand to extend “Scheduled Caste” status to the country’s Dalit Christians and Muslims, thereby providing them the same access to resources provided to Indian Hindus, Sikhs and Buddhists.

Gehlot said the demand, embodied in a 10-year-old lawsuit now sitting before India’s Supreme Court, is illogical. Some Hindus, he said, “converted to other religions because untouchability did not exist there. The conversion has solved the problems they faced as Hindus. So, they should not ask for SC status.”

“Nobody can escape the Indian caste system by converting to other religions. After the conversion, they do not live in vacuum but in a casteist society itself,” said Rev. Sunil Raj Philip, executive secretary of the Commission on Dalits within the National Council of Churches in India, in a statement released Oct. 21. The council represents 30 Orthodox and Protestant churches in India.

WHO ARE THE DALITS?

Dalit means “trampled upon” and refers to people in low castes who are treated as “untouchables” in caste-ridden Indian society. Dalits are a mixed population, living all over the country, speaking a variety of languages and practicing numerous religions.

Often, they eke out a living working menial jobs such as scavenging while living segregated from upper castes in rural areas. In pockets of southern Tamil Nadu state, for example, Dalits are not allowed to walk in upper-caste areas. In roadside eateries in neighbouring Karnataka state, Dalits may be required to squat on the floor and eat from dishes kept separate from those provided to upper-caste customers, who sit on chairs.

Indian news media reported in September that a group of non-Dalit students at a school in the state of Tamil Nadu stole a watch worn by a 16-year-old Dalit boy, then later slashed the boy’s wrists with knives, causing injuries that required hospitalization. Caste tensions regularly plague the school, according to the news account, as non-Dalit students frequently harass Dalit students for things such as wearing slippers.

A 1950 law listed Hindu Dalits as “Scheduled Caste,” which made them eligible for free education and set aside jobs in government and seats in state legislatures, to improve their status. The privileges were extended to Sikh Dalits in 1956, and to Buddhist Dalits in 1990. They are not available to Muslim and Christian Dalits.

Dalits account for two-thirds of India’s Christian population, who number more than 80 million, or 7 percent of India’s total population, by some estimates.

Gehlot’s statement, Philip said, “is meant to fool the citizens of India pretending that casteism does not affect these religions.”

“The minister is trying to cover up the fact that casteism in India is a product of Hinduism and it has spread its web to the entire social matrix of India,” said Philip, pastor of the Church of South India.

The official census puts the Christian population of India at 2.3 percent, though independent estimates put the number as high as 7 percent, which equates to more than 80 million people. Millions of Christian Dalits keep their faith hidden, to avoid disqualification from Scheduled Caste categorization and the benefits it provides.

“Whether Christians or Muslims do not have caste system is not the issue. The fact is that caste identity till today is a dominant identity in India and results in all forms of discrimination,” Rev. Swamy told World Watch Monitor.

In his interview with the Times of India, Gehlot said expanding scheduled-caste status to Christians and Muslims “would provide a filip [a stimulus] to religious conversions.”

Though India has no official religion, Hinduism had its birth in India, where 80 percent of the people are Hindu. A nationalistic strain of Hinduism dominates the national political structure with the ascension of the Bharatiya Janata Party to the control of the national government earlier this year.

“The fact that the minister admits that if this reservation is granted to Dalit Christians and Muslims, Hindu dalits will convert (to these faiths) is a telling point about forced allegiance to a religion,” Swamy said. “The State is actually involved in inducement through giving of reservations. The Indian constitution is clear about the State not has no religion.”

Franklin Caesar, a Dalit Christian activist, filed suit 10 years ago to forbid the government to set aside benefits based on religion. His petition has been pending in the federal Supreme Court for a decade, with no indication that the case will be taken up any time soon.

“It is contradiction that the minister for social justice is trying to deny justice to the Christians and Muslims,” said Caesar, who moved to New Delhi from Tamil Nadu in 2004 to fight the case more effectively.

Ceaser told World Watch Monitor that several inquiry reports and commissions have recommended that the government “de-link” scheduled-caste status from religion. In its 2009 report, the National Commission for Religious and Linguistic Minorities, led by a former chief justice of India, concluded that Christians and Muslims suffer the same inequalities as other Dalits.

Christian-rights groups have citied this report often, prompting Hindu nationalist groups in the state of Kerala in early September to demand that the report be scrapped on the grounds that there is no  discrimination among Christians against Dalits.

“On the political level, Hindu nationalists say all Indians are Hindus. But when it comes to the issue of equal rights to all Dalits, they divide them on the basis of religion,” Caesar said.

In the decade his constitutional petition has stood before the Supreme Court, Ceaser, an engineer, has obtained a law degree.

“We do not expect any positive response from the government to our petition in the Supreme court,” he said. “We are asking the court to decide on the constitutional validity of the caste discrimination as it amounts to discrimination on the basis of religion.”

Nor does he say there is any reason to continue the street protests over the government’s policies toward Dalit Christians and Muslims.

“With the BJP in power, what is the point of protesting?”