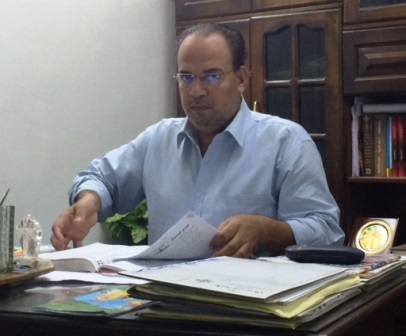 A jailed Egyptian Muslim convert to Christianity is scheduled Sunday, Nov. 16 to appeal his conviction on a misdemeanor — if he can get to the courtroom.

But according to his lawyer, prison and security police officials have not confirmed they will permit Mohammed Hegazy to travel from Cairo’s Tora Prison to the court hearing in Upper Egypt’s Minya governate.

“If my client is not present in the court in person,” attorney Karam Ghobrial told World Watch Monitor, Hegazy’s conviction – and the accompanying five-year prison sentence — will be confirmed by default.

Hegazy had been arrested for filming sectarian demonstrations without permission in Minya in December last year. After he spent six months in detention, a local court convicted Hegazy on June 18 of the misdemeanor charges and sentenced him to five years in prison and a 500 LE (US$70) fine.

“The investigation in Minya against Hegazy produced nothing,” Ghobrial told World Watch Monitor. “There is no proof,” he said, of the district attorney’s accusation that Hegazy was involved in “activity that could damage the public interests of the state,” or that he had circulated “rumors and false statements” that disturbed public security.

But noting that the judge had waved the Quran at the defendant three times during the June court hearing, the lawyer said it was clear that he saw the case “from a religious point of view.”

“The stigma of his conversion was the motive for his arrest,” Ghobrial said.

Under Egyptian legal procedures, Hegazy should have been ordered to pay bail once the verdict was announced, and then be released pending his appeal hearing. He had already served the maximum six-month detention allowed for misdemeanor suspects, after which only those found guilty of adultery or theft can be kept in custody.

Despite the Minya court’s July 20 order to release Hegazy, State Security Investigation officials in Cairo intervened, transferring him the next day to Tora Prison to face separate charges of “insulting Islam” filed against him five years ago. No trial date has been set regarding these charges of alleged blasphemy for having left Islam.

Ghobrial said he is hopeful the judge presiding over the Nov. 16 hearing will follow Egyptian procedural laws and overturn Hegazy’s conviction from lack of evidence, as well as the incorrect handling of his initial arrest. When it comes to misdemeanors, he said, “the police are not allowed to arrest someone without written permission from either a penal court or the district attorney.” No such warrant was obtained to authorize Hegazy’s arrest. 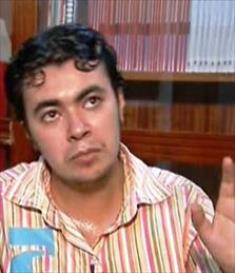 In the arrest report, police officer Amr Hassan identified Hegazy as “a converted person” who had reportedly come to Minya “to cover the sectarian strife and the persecution of Christians.”

Hegazy’s lawyer has been denied prison access to Hegazy several times. During his last visit at the end of October, the jailed Christian, who took the name Bishoy Armiya Boulos after his baptism, told Ghobrial that he is still being tortured and beaten by guards and police officials at the Tora Prison.

Prison authorities have ignored Hegazy’s written requests to be allowed to have a Bible to read, and to be served Christian communion by a clergyman, as permitted on a weekly basis for Coptic Christian prisoners.

Given the sensitivity of any case involving a Muslim who has converted to Christianity, the lawyer said, “No human rights groups in Egypt have been seriously following Hegazy’s current cases.”

Seven years ago, Mohammed Hegazy was the first Egyptian citizen to attempt a legal change of his religious identity from Muslim to Christian. In Egypt, government-issued identity cards include a required notation of the person’s religion. Changing the notation to “Islam” is a simple administrative procedure; asking the government to approve a Muslim’s request to change to a different religion is unprecedented. Hegazy took his request to court.

Then 24 years old and married to another convert from Islam, Hegazy told the international press that his motive was simple: he and his newly pregnant wife Zeinab wanted the right to practice their Christian faith openly, and to bring up their children as Christians.

When the news went public in Egypt in August 2007, Hegazy was targeted by furious Muslim clerics, lawyers and journalists, demanding his execution as an apostate from Islam. For months afterwards, his name hit the headlines repeatedly, and his court case filed with the Interior Ministry came under heated public debate on television.

The couple was forced into hiding, and within a few months, mobs attacked and vandalized their home, throwing out their belongings onto the street and setting them afire.

When Hegazy’s case came to a Cairo court in January 2008, brawls broke out in the courtroom. Some 20 lawyers attacked his attorney, shouting that Hegazy’s conversion was evidence of widespread attempts to “Christianize” Muslim Egypt. The hearing was so controversial that Hegazy himself did not attend in person.

The fierce opposition did not surprise him. Several times after his conversion as a teenager, when he began to read the Bible and other Christian literature, he had been arrested and beaten by police in Port Said, and in 2002 the authorities sent him to a camp for 10 weeks of re-indoctrination into Islam.

Although several Western embassies offered Hegazy asylum, he declined, refusing to leave Egypt for his own safety. However, he has since sent his wife and children abroad to live in Europe.

Despite the guarantee of “absolute” religious freedom for its citizens in Article 64 of the 2014 Constitution, Egypt’s laws based on “the principles of Islamic Sharia” fall short of international standards.

Although Egypt has signed the International Covenant on Civil and Political Rights, which defines changing one’s religion or convincing others to do likewise as a basic right, Muslim citizens are denied this legal option. Non-Muslims, by contrast, can easily convert to Islam with the full cooperation of police and judicial authorities.