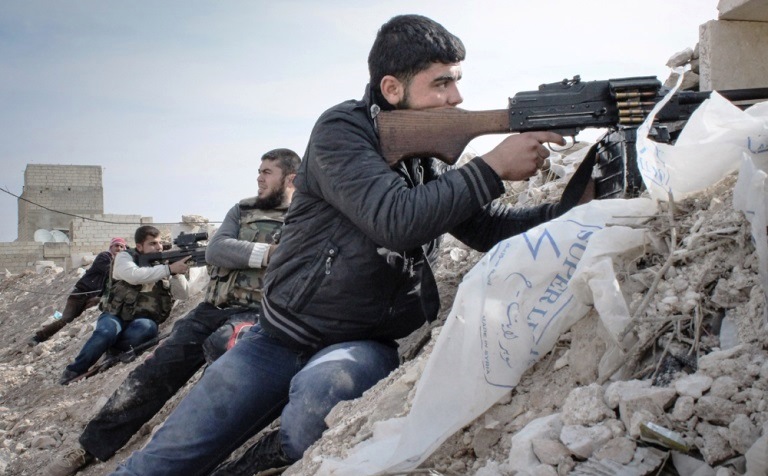 From today World Watch Monitor will publish an occasional diary from a Christian pastor living in Aleppo, the Syrian city that has become a key battleground between rebels and President Assad’s government forces.

After the uprising against Assad’s government began in 2011 Aleppo remained largely uninvolved, but fighting broke out the following year when rebel forces stormed the city and engaged the Syrian army.

After more than two years of conflict parts of Aleppo are in ruins, but life continues amidst the harsh conditions.

The following is an edited account from the pastor. For his own protection he cannot be identified.

‘Everyone who asks about life in Aleppo gets the same answer: “Daily living conditions are very bad”. To hear why you just have to ask some of the city’s residents:

‘One said: “Last week we had no electricity for 23 hours and 39 minutes each day. This means that we had light for just 21 minutes and it was divided into two periods: morning and evening… But since three days ago there has been no electricity at all.

“What kind of life is this? How can our children study in their lessons? My child is not able to sleep because of the fear of darkness. Are we in the 21st century!?”

‘Another told me about the problems finding fresh drinking water. “There’s no water at all. For weeks the supplies allowed us one hour of water every three days but, now, for several days there’s been no water at all.

“If electricity is a luxury, then what about water – is it a luxury? What about taking showers? Shall we stay and live in dirt? What about our laundry? What about our kids? How will we teach them to be clean when there is no water? We are literally being cut off from the basic elements for living. Is this a life? Why we are living? If we are lacking the main element of life – water – it’s better to leave or not live at all…”

‘A third talked about surviving the Syrian winter: “There’s no fuel for heating our homes. The weather is cold. We are already in the winter season. How will we heat our homes? Our children are crying from the cold weather and we are not able to do anything about it, except covering them with blankets and putting them to sleep. But the nights are long. Everywhere is dark, cold and black as if we are living in a cold cemetery.” When the utilities are turned back on you should see the smiles on the faces of Aleppo’s citizens. The arrival of those ‘luxury goods’ is like winning the lottery. But soon the smile disappears, because people know that there is no guarantee at all if these will last for even a day or two. Therefore no more happiness from ‘winning ‘what is a daily necessity.

‘Without any improvement in the situation, the people of Aleppo will become hopeless and frustrated. The sense of being neglected will settle in their minds and you will start to see them despairing. They are already saying things like “as if we are not humans”, “no one cares”, “as if we are living in the stone ages”, and “shall we live in tents and use camels …”

‘The lack of electricity, water and fuel is making it difficult for the families to survive. Signs of hope are rare and it is hard to find anyone looking hopeful or with a smile on their face.’