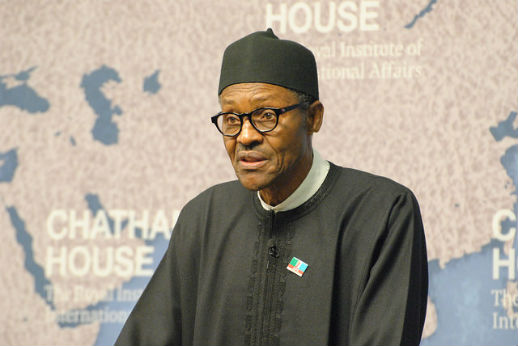 Nigeria’s Christians, especially those in the troubled northeast, had a good reason to be worried that Muhammadu Buhari would be elected president. The former military ruler had once endorsed the full implementation of sharia — Islamic law — throughout the country.

Yet in the weeks leading up to the March 28 election, leaders of the Christian churches in Africa’s most populous nation announced their support for Buhari. And since the former general defeated incumbent Goodluck Jonathan by a 54-46 margin, they have praised Buhari, a Muslim, as “a man of peace” and “a man of integrity and decency“.

The Christian Association of Nigeria and the National Christian Elders Forum each issued congratulatory statements to Buhari. They praised Jonathan, a Christian, for relinquishing power peacefully, saying his concession and Nigeria’s post-election calm demonstrated “political maturity”.

Buhari swept Nigeria’s majority-Muslim northern states, while Jonathan captured the Christian-majority southeast. The election was won for Buhari in the Christian southwest, home to his vice-presidential running mate, Yemi Osinbajo, pastor of the Redeemed Church of God, a large Pentecostal church in southern Nigeria. A coalition of southwestern clergy, under the banner ‘Christians for Governance, Pastors for Change’, endorsed Buhari.

A majority of Nigerians of all faiths had expressed dissatisfaction with corruption endemic in Jonathan’s government and its inability to put down the murderous Islamist insurgency of Boko Haram in the northeast. Christians have paid a particularly heavy price during the six-year uprising; thousands have been killed, and hundreds of churches have been razed.

Before the election, some northern pastors expressed to World Watch Monitor that they were concerned about what a Buhari victory would mean. Although he is known to be a forthright corruption-fighter and a disciplined, strong leader, Buhari also is a devout Muslim who, during his military rule from 1983-85, expressed the will to Islamize the country to the last corner.

“I will continue to show openly and inside me the total commitment to the Sharia movement that is sweeping all over Nigeria,” he said in 2001. “God willing, we will not stop the agitation for the total implementation of the Sharia in the country.

That was 14 years ago. Buhari, now 72, has since run for president, and lost, three times. During the most recent campaign, he tried to re-assure skeptics by defending the freedom of religion, noting that he is not a religious fanatic, and that he had never imposed Sharia law when he was in power.

“One critical freedom that every government must strive to protect is the liberty for citizens to exercise their respective faiths, Christians and Muslims or others, in a lawful manner without fear or hindrance and to prosecute those who use religion as an excuse to destroy homes, schools and places of worship,” Buhari said during the campaign.

“When governments fail in that duty, they must then assist in the rebuilding of structures including destroyed places of worship and give full restitution for lost property. We, Nigerians, are a religious people, and the burning of places of worship constitutes one of the vilest forms of abomination to all those who believe in God. It is the duty of governments to protect this important sensitivity.”

He made a similar claim in his victory speech.

“I assure you that our government is one that will listen to and embrace all,” he said. “There shall be no bias against or favouritism for any Nigerian based on ethnicity, religion, region, gender or social status.”

Still, as thousands celebrated Buhari’s victory in the streets, particularly in the North, familiar notes of sectarian division could be heard. In Kano, the largest city in Nigeria’s restive north, joyful mobs chanted “Allahu Akbar” (Allah is the greatest) and jihadi songs of victory, while in Mubi and elsewhere, celebrating residents were reported to say they would get rid of the ‘arna,’ the Hausa word for ‘infidels,’ in reference to non-Muslims.

Northern Muslims voted in large numbers, foregoing prayer as in times of war, said Pastor Haruna Yola, who was monitoring elections in Kano. On the other hand, fear of violence kept many Christians away from the polls, as in the local government areas of Tudun Wada, Kibiya, and Rogo, all in Kano State, and which, combined, have 370 churches.

Voting was impossible for more than 100,000 Christians who have fled their homes – and home voting precincts – to escape Boko Haram violence, especially in Christian enclaves in southern Borno and northern Adamawa states. They were ineligible to vote in the places to which they had fled.

Buhari had made the defeat of Boko Haram a centerpiece of his campaign. “Boko Haram will soon know the strength of our collective will and commitment to rid this nation of terror, and bring back peace and normalcy to all the affected areas,” he said in his acceptance speech. “We shall spare no effort until we defeat terrorism.”

It was that determination to rid Nigeria of Boko Haram that prompted Christian leaders, in part, to endorse Buhari months before Election Day. In February, the Northern Christian Leaders’ Eagle-Eyes Forum lined up behind Buhari, saying his reputation for no-nonsense administration was needed to get a handle on the chaos. In the final week of the campaign, Rev. John Bakeni, the secretary of the Roman Catholic Diocese of Maiduguri, in Borno State, said Nigeria’s bishops see Buhari as “a man of integrity and decency who can fight corruption and Boko Haram.”

For some church leaders contacted in the north, Buhari’s victory has raised some anxieties along with expectations. He may well stop the Boko Haram violence, they say, but will he tackle the ethnic Fulani herdsmen attacks on Christian communities in Nigeria’s central states?  Will he address the even larger marginalization of Christians and churches in Muslim-dominated areas in the northern region? And how will Buhari reconcile his agenda to promote Islam with freedom of religion for non-Muslims, and application of full sharia?

“In his campaign speeches, in 2003, 2007 and 2011 elections, he expressed strong commitment to Islam and Sharia law. Such position has reinforced this kind of fear in the heart of Christians,” said Rev. Gideon Para-Mallam, regional secretary of the International Fellowship of Evangelical Students (IFES).

“But the Buhari we’ve confronted in 2015 is not the same Buhari we have seen in the past,” he said. “He met with Christian leaders and assured them that he has no Islamic agenda. This was reiterated in his campaign speeches.”

As in democracies everywhere, Para-Mallam warned against setting expectations too high on the election winner.

“It’s in our own interest to down play our expectations, before we are all disappointed. We cannot expect Buhari to make miracles, without the collective cooperation of all Nigerians. He has a strong history of fighting corruption, but if people around him don’t resist corruption, I don’t see how he, as an island, can make a difference,” Para-Mallam said.

He said part of the responsibility for Nigeria’s change in leadership rests on the country’s young voters.

“They wanted change and they’ve got it,” he said. “By doing so, they are taking the political responsibility of Nigeria into their hands. I commend them to rise up and say no to corruption, because we don’t want to replace the government of Jonathan that was perceived as corrupt, with another kind of corruption in a Buhari government.

”I want also to challenge young people to hold the new president and all other elected officials accountable. The young should stand as watchdogs for good governance and accountability, so that the dividends of democratic change can be delivered to the Nigerian people”.

“Our duty as IFES, an organization that reaches out to students in universities, is to help get these young students grounded in the word of God, so that they can continue to impact society with godly values.”